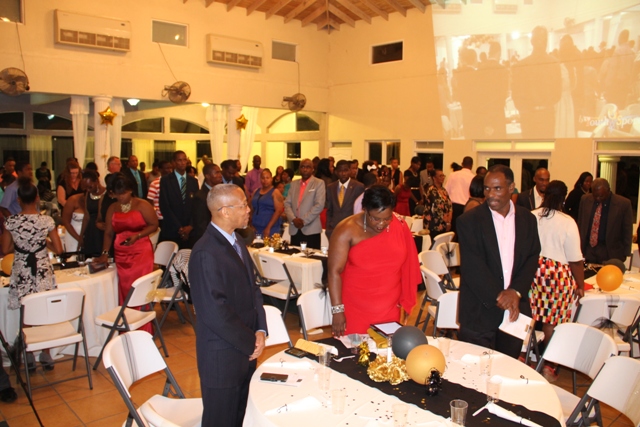 “As Minister responsible for Youth I would like to recognise the staff at the Department of Youth and Sports…We salute you for your hard work and dedication especially through this month, Youth Month…
“I must thank you for your hard work and sacrifices you would have made to ensure that the month of activities is a resounding success. It is my sincere hope, that you would continue to work as a team and to move the Department forward,” she said.
During the ceremony, Junior Minister in the Nevis Island Administration Hon. Troy Liburd delivered remarks on behalf of Premier of Nevis Hon. Vance Amory, while Anselm Caines, the Caribbean Community (CARICOM) Youth Ambassador, also the event’s chairman delivered the opening remarks. The national anthem was delivered by Rancito Jeffers, Pastor Ron Daniel prayed for the proceedings and live entertainment came from the Rehabilitation Group Impression (RGI).