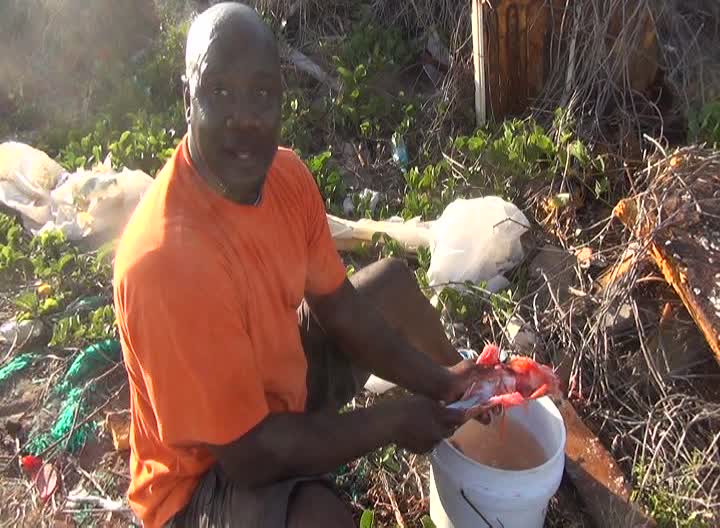 Minister of Agriculture on Nevis Hon. Alexis Jeffers at the Hanley’s Road Fisherfolk Association’s Inaugural Fishing Tournament and Family Fun Day at the Indian Castle Beach on May 05, 2014
NIA CHARLESTOWN NEVIS (May 07, 2014) –The first major event on the calendar of activities for Agriculture Awareness Month on Nevis has been described as successful. May was officially opened to mark the event which formed part of the Ministry of Agriculture’s thrust to remind the public of the importance of agriculture to Nevis.
At the end of the Fishing Tournament hosted by the Hanley’s Road Fisherfolk Association, sponsored by the Ministry of Agriculture among others, and twinned with a Family Fun Day at the Indian Castle Beach, Minister of Agriculture Hon. Alexis Jeffers, who was actively involved in the activity, spoke to his thoughts on the outcome.
“I would think that it was highly successful based on the amount of pounds of fish that was brought in here and also the turn out. This, certainly, is an indication that it is an activity that can very well be an annual event. I think the people of Nevis…would have heard about this and have come to support the fishermen down here.
“Perhaps it is something that was well needed and I want to commend the fishermen association here at Hanley’s Road for putting on this event. You know it was slated for Easter Monday and because of the weather it was postponed until today and the weather was cooperative.You can certainly see that the ocean is calm and I think that would have lent itself to a successful day out there. Everyone came back safely which is important,” he said.
According to Minister Jeffers, he was hopeful that the Association would build on the successes of the first tournament for next year. 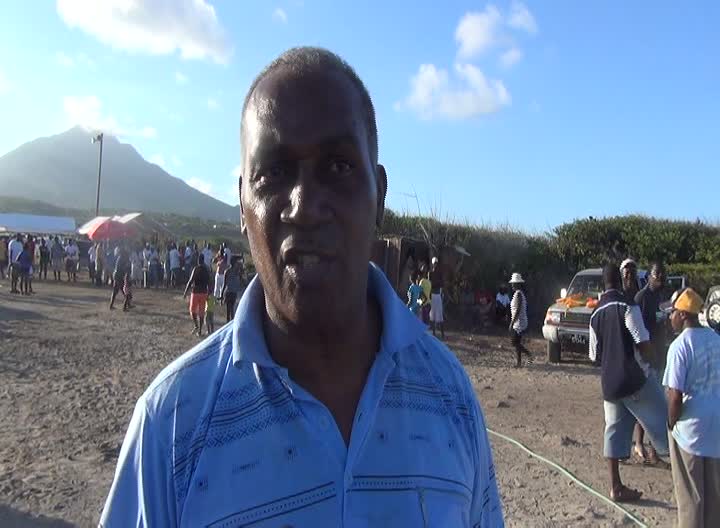 “I believe that they can certainly boast of this one and build on it for next year…I think this is an activity to give us some boost in the fishing industry and it, certainly, is one that the Hanley’s Road community must be commended for.
“I would certainly encourage other fishing communities: New Castle, Jessups. We have Cotton Ground and Bath and the Charlestown area. It certainly would be something that we can have throughout the year and I want to say, that many people look at fishing as just another activity but I do believe that it is a profession that one can certainly make some money and contribute to food security here on the island of Nevis which is what we are working towards. It is important for us to continue to feed ourselves,” he said.
The Agriculture Minister also expressed hope that there would be spinoffs from the fishing tournament.
“Hopefully, we can use this and piggy back off of this [fishing tournament] to have what we used to have some years ago which was this fishing boat race over at the Mariners’ Pub area.
“I believe that is something that can be revitalized or brought back on the calendar, so as to maintain that interest in this type of activity. It is important to do something. So those are some of the things we can certainly look towards in the future,” he said. 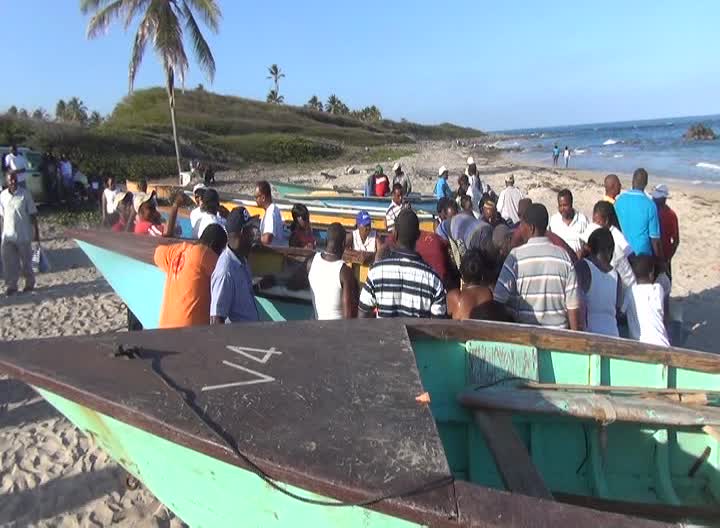 Meantime Premier of Nevis and Area Representative for the St. George’s Parish Hon. Vance Amory who attended the event gave his thoughts on the Fishing Tournament and Family Fun Day.
“I think it’s a wonderful event…It’s something which we need to encourage so that we can give people a variety of things to do and fishing is something which I think every area, every parish in Nevis they do and I think it’s an idea that we should capitalize on and I think it is going to grow into a big, big, big event.
“I think it’s wonderful to see people are friendly, together. It is good to see people around the boats as well trying to get the fish because it is part of our culture. I mean, we, sort of, lost it because people live a little further away and the fishermen don’t take their fish around by donkeys or things like that anymore but it is a good thing to have this cultural reincarnation as it were. I think it’s a wonderful event,” he said.