CHARLESTOWN NEVIS (March 26, 2010) — Minister of Agriculture, Lands, Housing, Cooperatives and Fisheries on Nevis Hon. Robelto Hector continued to underscore the importance of local food production when he delivered remarks at a ceremony to herald in the Department of Agriculture’s 16th Annual Agriculture Open Day. The event was held at the Villa in Charlestown on Thursday.

The two day event is being held under the patronage of Ms. Almena “Miss George” Cornelius, with the theme “Promoting Food Security amidst Financial Challenges”.

“Let us bring all the shortcomings of the past to an end and take our place in the export market, be it as we did at the St. Croix (USVI) Exhibition or to charter a new course in the agro processing industry… Food production is of greater importance today than yesterday,” he said.

However, the Minister noted that the Ministry of Agriculture continued to encourage growth of the agricultural and fisheries sectors through what he described as generous subsidies and incentives.

“These include subsidies on water for irrigation, animal feeds, seeds and seedlings, fencing wire, fishing gear, land preparation, the abattoir, marketing, and extension and veterinary services,” he said. 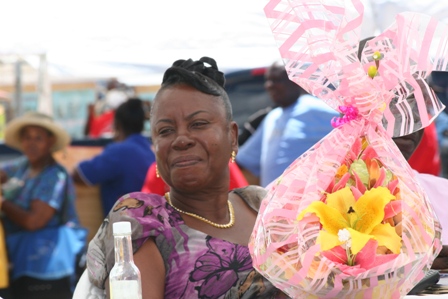 The Patron of the 16th Annual Agriculture Open Day on Nevis Ms. Alma “Miss George” Cornelius with her basket of fresh flowers presented to her by Minister of Agriculture Hon. Robelto Hector

He referred to those partnerships as being involved in collaborative exercises that had yielded significant and tangible results which were enjoyed by all the stakeholders in areas of technical training locally and regionally, donations of equipment, monetary grants and generous and vital access to information and the development of new plant varieties that have become routine.

Mr. Hector also pointed to the achievements of the Ministry and Department of Agriculture, among them the expansion of cotton and onion production on government estates; the completion of Phase II of the Agro Processing Unit at Prospect which he said would soon be officially commissioned.

A new smoke house which was also commissioned in 2009 in December 2009 at the Abattoir allowed for an increased range of products locally. Mr. Hector explained the new initiative would provide for a more regular supply of smoked products available for public consumption.

He explained that with the continued assistance of CARDI, work had commenced on a Green House and it was expected to be completed shortly.

Mention was also made of the ongoing Sea Turtle Programme which was expected to continue. Funds were at present being sought for an expanded programme. 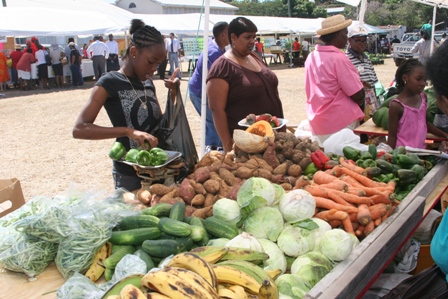 The Minister also used the opportunity to observe the contribution of Mrs Cornelius, who had been involved in pottery for over 30 years.

He said she has been at the helm of the New Castle Pottery in Nevis since its inception 29 years ago and has been involved in training several young persons in pottery. 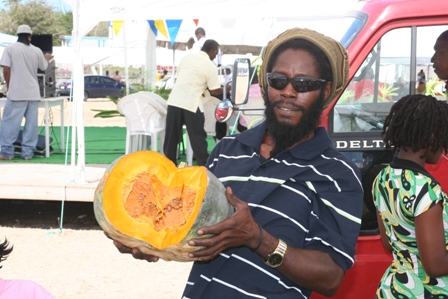