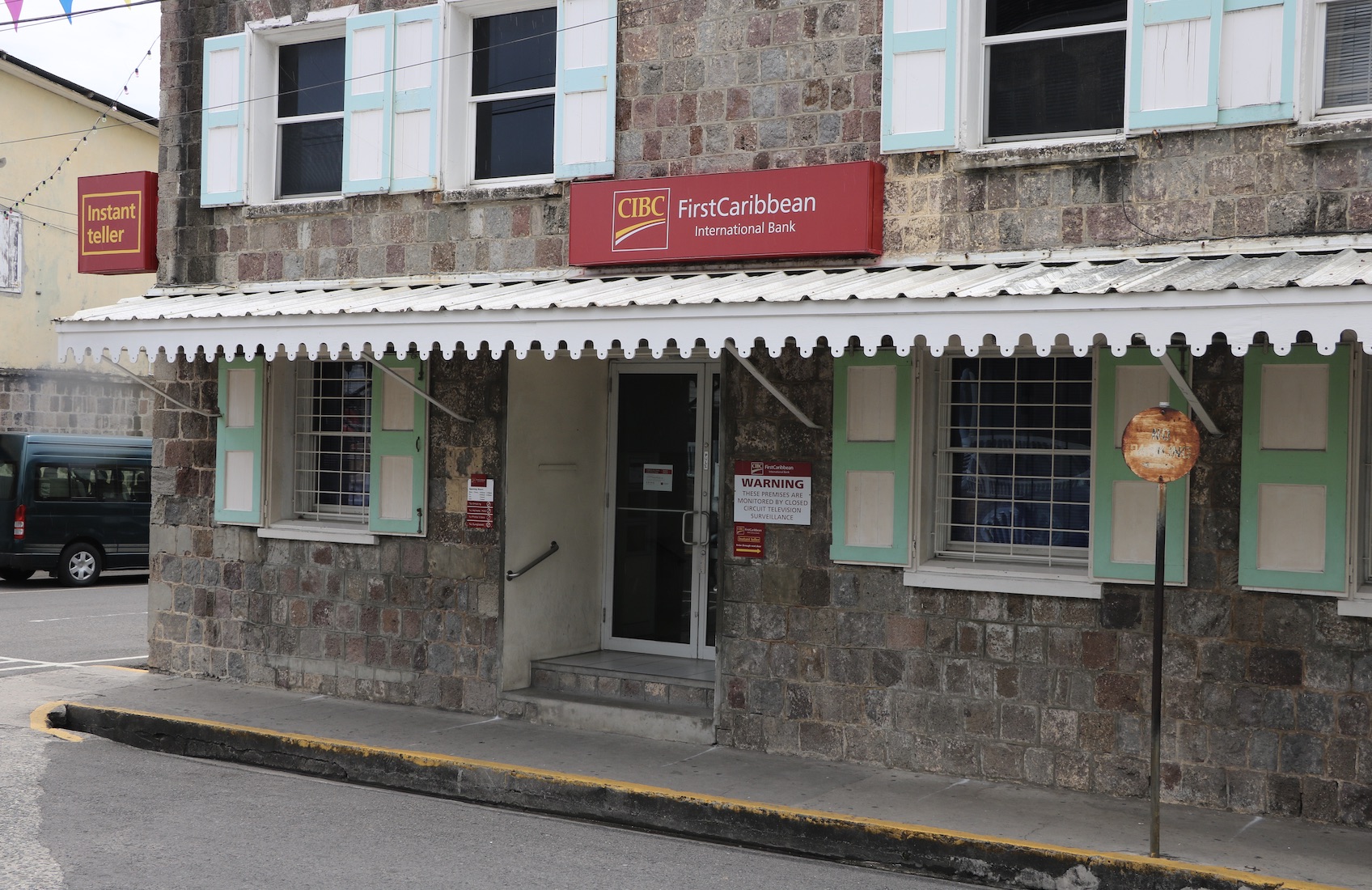 NIA CHARLESTOWN NEVIS (September 08, 2020) — Hon. Mark Brantley, Premier of Nevis and Minister of Finance said Nevis has a robust banking sector that will not be significantly impacted by the exit of CIBC FirstCaribbean International Bank Limited.

The premier recently informed at his recent monthly press conference at Pinney’s Estate, that FirstCaribbean indicated to the Nevis Island Administration (NIA), it will close its Nevis branch effective November 30, 2020. Nine members of staff will be affected.

“Luckily for Nevis, we have many other banks that are operating here, and so customers would certainly have options, that we will not be without banking services because FirstCaribbean has opted to leave. I think that whilst they have decided to close their doors, other banks here are doing well.

“The banking community on Nevis is quite robust, and so I feel that the international community and investors ought not to be concerned unduly that one of the smaller banks has decided that it will close its doors in Nevis and continue on St. Kitts. So I don’t see any dampening effect,” he said.

Mr. Brantley, described the impending closure as a business decision on the part of the Canadian-owned bank, which was likely prompted by the sale of the FirstCaribbean operations in the region.

In November 2019, Canadian Imperial Bank of Commerce (CIBC) announced it was selling two thirds of its shares in its Caribbean entity, FirstCaribbean International Bank Limited, to GNB Financial Group Limited.

Mr. Brantley said, “I would go on record to say there was no consultation or discussion with the NIA on this matter. Nor do we have any control whether a bank or any other business decides to close, because that is a business decision.

“And so FirstCaribbean has taken a business decision that it will close its door in Nevis after many decades of operation. My understanding is that this closure has to do with an impending take over, and so it appears they are closing small branches around the region.

“This is how business is done the world over. If you are too small, even if you are profitable, you are small and therefore you can be dispensed with.

Premier Brantley said it has not yet been made clear how the bank will service its clientele in Nevis however, customers and companies on the island who do business with FirstCaribbean will have to adjust accordingly.

Mr. Brantley noted that customers affected by the bank’s closure will have options available to them since there are other banking institutions on Nevis.

In recent years there has been an exodus of Canadian banks from the Caribbean region.  Mr. Timothy Antoine, Governor of the Eastern Caribbean Central Bank (ECCB) said the exit of those banks has been foreshadowed for some time now and thus is not a new development.

In December 2019, Royal Bank of Canada (RBC) announced its intention to sell its banking operations in the Eastern Caribbean.

Also, in 2019, the Bank of Nova Scotia completed the sale of much of its stake in the Eastern Caribbean to the Republic Bank, based in Trinidad.

Governor Antoine suggested that the absence of the Canadian banks presents opportunities for domestic institutions to increase their market share and strengthen their operations.