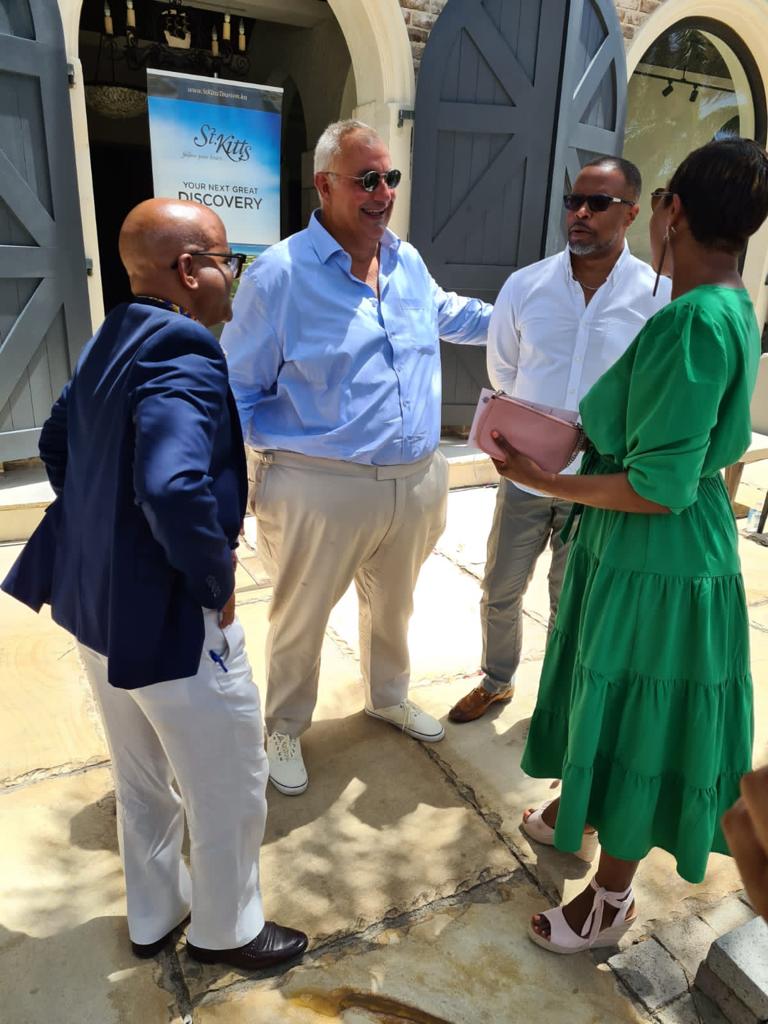 NIA CHARLESTOWN NEVIS (March 22, 2021) – – Nevis’ burgeoning film industry is providing a boost not only to the economy on Nevis, where movie production is currently underway, but also to the sister island of St. Kitts.

Hon. Mark Brantley, Premier of Nevis, said he was pleased that the effort of the Nevis Island Administration (NIA) to establish a film industry on the island, is benefitting both St. Kitts and Nevis.

“I am delighted that a film industry born from the urgent need of the Nevis Island Administration to diversify the Nevisian economy in the face of the COVID-19 pandemic has now taken flight and expanded to our sister island of St. Kitts to equally assist in the diversification of the St. Kitts economy.

“When we are concerned about national development, we quickly recognize that positive development on either island benefits both islands,” he stated.

The Premier’s comments came against the backdrop of MSR Media filming scenes at Christophe Harbour on St. Kitts on March 21, 2021, for the comedy “One Year Off”. The movie, which started filming on Nevis late February 2021, is the first of a multi feature film production deal between the UK–based film and television production company and the NIA.

Hon. Brantley praised the efforts of key players on Nevis for their roles in jump-starting the new industry on the island.

“Their hard work and the vision of the NIA is now benefiting not only Nevis but our beloved sister St. Kitts as well.

“MSR Media and my dear friend Philippe Martinez have found a home here and we look forward to building out the architecture for a serious film industry on Nevis and in the wider Federation,” he told the Department of Information on March 22, 2021.

Mr. Philippe Martinez, MSR Media producer and director of the film “One Year Off”, recently indicated that the company is in negotiations with the NIA to film a total of six movies in Nevis over the next 12 months.

Mr. Martinez has credited Premier Brantley’s keen ambition to create a new industry on Nevis as the catalyst for MSR Media coming to the Federation.

“All of that has been possible because of Mark’s vision…

“I would like to thank Premier Mark Brantley. We spoke first right before Christmas [2020]. He told me about his vision to build a film industry in Nevis and I thought it was exciting, because sometimes politicians don’t see the bigger picture of the film industry,” he said in an interview in February 2021, while filming on location in Nevis.