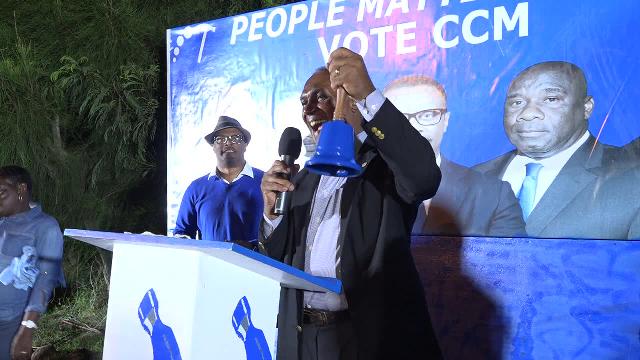 NIA CHARLESTOWN NEVIS (December 01, 2017) — Nevisians will go to the polls for the Nevis Island Administration elections on December 18, 2017. The announcement was made by Premier of Nevis Hon. Vance Amory on November 30, 2017 at a public meeting at Church Ground.

In a brief statement, Mr. Amory stated that he had advised the Governor General His Excellency Sir Tapley Seaton via a letter of the election date.

“I, want to say to you very quietly, that I have been to see the governor general and…I advised him…I gave him a letter addressed very officially to him, in respect of the Nevis election and in that note and in our discussion, I advised the governor general that he uses his good offices and his authority, to prorogue /dissolve the Nevis Assembly with effect from today the 30th day of November…,”

“Based on that, I also said having discussed with the leader and his team that the Nomination Day would be the 11th day of December and the day to conduct the polls, Election Day will be…the day for the election for the casting of your vote for the polls in Nevis for the Nevis Island Assembly to elect your new government, your new premier… I have advised the governor general and he has agreed and the writ will be issued that Election Day will be the 18th of December,” he said.