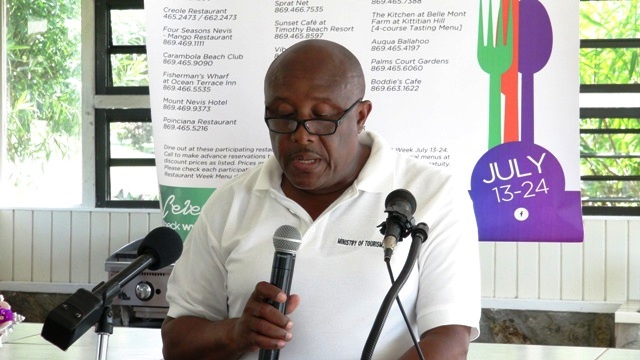 “On average approximately 70 percent of Nevis’ tourism revenue is generated during the high season months from November to April, which means that only about 30 percent of revenue trickles in during the slow season from May to October,” Williams said.
He added that the introduction of events such as the Nevis Blues Festival in May and the Nevis Mango Festival in July, there is some degree of success in coping with the uneven distribution of tourism earnings.
They have also redoubled their efforts in promoting Nevis’ summer festival Culturama to visitors and the nationals in the diaspora.
Williams believes that the off-season events make the destination more appealing in the low season and stimulates much needed visitor expenditure.
Assistant Secretary in the Ministry of Tourism John Hanley, who chaired the event said restaurants are a critical component of the visitor’s experience.
“Our dining scene is as diverse as it is delicious, from the chandeliers of the upscale Four Seasons Resort to the relaxed casual atmosphere of Sunshine’s Bar and Grill, from fillet mignon to fried fish.
“One only has to take a look at Trip Advisor to see the rave reviews of our fine dining establishments which are extolled for their use of fresh local produce, superlative customer service and the high quality taste of their offerings,” he said.
Hanley also pointed to the important linkage formed with tourism and agriculture and described it as indispensable. He said the more one ate local produce, the healthier they would be and the more revenue would be retained in the island’s economy. 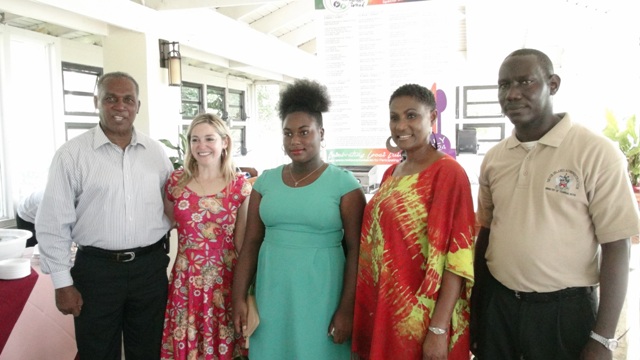