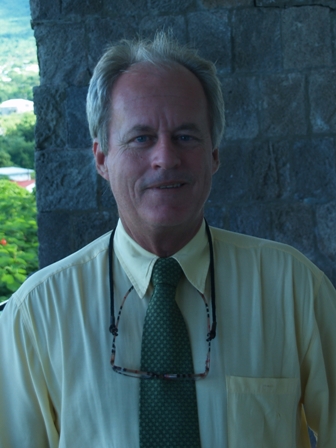 CHARLESTOWN NEVIS (July 15, 2101) — The Nisbet Plantation Inn, the most recent touristic establishment on Nevis to receive international recognition for service and overall visitor experience, was applauded by a top tourism official  in the Nevis Island Administration.

“Someone told me that yesterday [Tuesday] on national television in the United States, the NBC Today show was featuring Nisbet Plantation and as wonderful as that is for Nisbet Plantation, it is fantastic for public relations for the whole island of Nevis… it just puts Nevis right back into the forefront of the tourism product in the Caribbean.

“I would like to personally and on behalf of the Ministry of Tourism, the rest of the hoteliers on the island and all in the tourism industry  to congratulate Mr. Jamie Holmes the General Manager and his staff of Nisbet Plantation Beach Club,” he said.

The hotel which is the only existing historic beach front plantation inn on Nevis also received an award by the acclaimed Travel and Leisure Magazine. Mr. Holmes made that announcement during the Tourism official’s visit.

“We are pleased to announce that Travel and Leisure Magazine just posted their World’s Best Awards. What they do is a reader survey of quite a few thousand of their readers and they select the hotels that they like the best and for the Caribbean, Bahamas and Bermuda, we are happy to say that Nisbet Plantation was number one which is something really to be proud of it puts us on the map,” a beaming Mr. Holmes said. 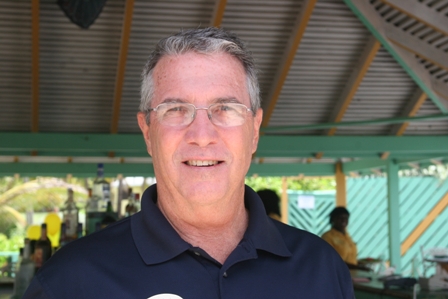 In addition to copping the top spot, the General Manager explained that the magazine took the combined score from the reader’s survey, placed it against the 500 hotels in the world and Nisbet Plantation placed 6th in the world.

“We are very, very proud of that. Nisbet is no stranger to receiving awards they won an award from Trip Advisor. Trip Advisor is a website that the guests who stay in hotels go online and they review their vacations after they stay there and tell the next guests where they should stay.

“Trip Advisor ranks the reviews that the hotels receive and we are happy to say that both in 2008 and 2010 we receive their Winner Circle Award and we had 94 percent of all the people who reviewed the property gave us an excellent,” he said.

However, Mr. Holmes said the consistency of the Nevis destination and the island’s magnificence, made it one of the most desirous for visitors from England and the United States of America.

“We are running about 60 percent North America and about 40 percent from the UK and Europe and they come here because they say Nevis is unspoilt, it is an authentic Caribbean destination, the people are the most friendly they have found  anywhere [and] the standard of service. 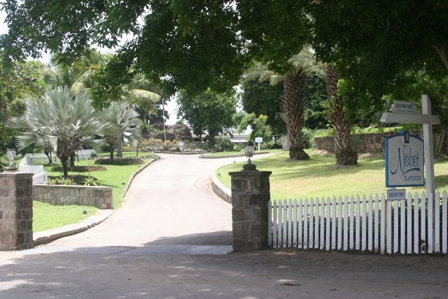 “Our property is a 4Diamond triple A hotel, 4Diamond triple A restaurant but they say everywhere they go on Nevis they love it. They love the beach bars, they love the restaurants that they go to, [they go] out and experience the island. So what we have is very special and we need to commend the Administration for going for quality instead of quantity tourism,” he said.

According to the Hotel’s General Manager, as part of the celebration of its most recent award, during the upcoming Fall Season, all guests who stayed at the hotel for seven nights, would receive a complimentary bottle of champagne and a one year free subscription to the Travel and Leisure Magazine 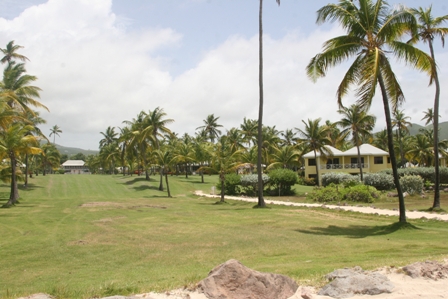 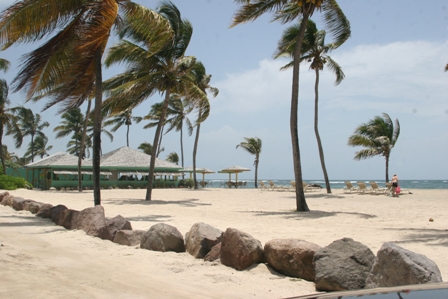 Nisbet Plantation’s view from the beach