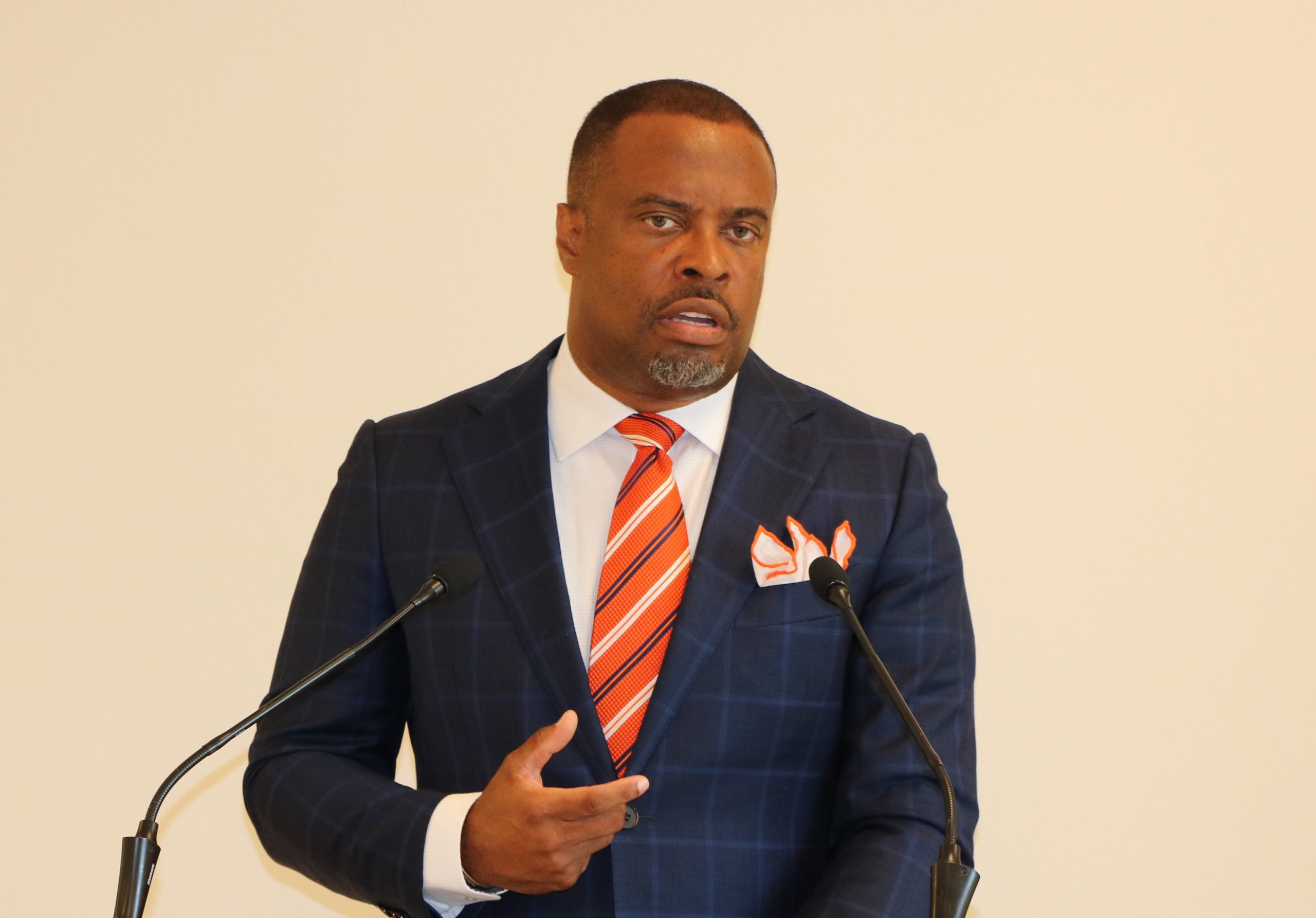 Hon. Mark Brantley, Premier of Nevis and Minister of Foreign Affairs in the government of St. Kitts and Nevis (file photo)

NIA CHARLESTOWN NEVIS (December 30, 2020) — Hon. Mark Brantley, Premier of Nevis is extending prayers for the people of St. Vincent and the Grenadines in the face of ongoing volcanic unrest at La Soufrière volcano.

Premier Brantley, who is also Minister of Foreign Affairs in the government of St. Kitts and Nevis, in a statement issued on December 30, 2020, called for prayer.

“My prayers are with our brothers and sisters of St. Vincent and the Grenadines as we all monitor the activity at La Soufrière volcano there.

“With the devastation already caused by COVID-19 and its disastrous impact on our small vulnerable states, our region cannot afford another disaster. I urge us all to pray for the continued safety and security of the people of St. Vincent and the Grenadines,” he said.

At a press conference on December 29, 2020, Hon. Dr. Ralph Gonsalves, Prime Minister of St. Vincent and the Grenadines told the citizenry that due to the effusive, oozing eruption taking place, the government had taken the alert level to orange for St. Vincent.

Dr. Gonsalves urged residents to remain calm but explained that those in the areas closest the growing satellite dome should be prepared to evacuate.

“At relatively short notice, you may get…an order to evacuate if in fact we have the scientific information that an explosive eruption will be occurring or at least the likelihood of it…

“I am urging all Vincentians to remain calm and to listen to the alerts from the National Emergency Management Organisation. All residents living close to the volcano are asked to make all necessary preparations to evacuate, just in case an order is given… Let’s hope for the best and we’re planning for if the worst takes place,” he said.

Addressing the press conference virtually, Professor Richard Robertson of the University of the West Indies Seismic Research Centre (UWI SRC), in Trinidad informed, “What is happening now is a serious thing. The volcano is erupting.”

He said that a monitoring team had picked up on increased activity at La Soufrière since mid-November. On December 27, a NASA (National Aeronautics and Space Administration) satellite had detected a hotspot in the crater of the volcano.

A site visit by the La Soufrière Monitoring Unit in Kingstown, revealed an ongoing effusive eruption at Soufrière in which magna is coming slowly out of the earth and building another dome.

Dr. Robertson assured that the UWI SRC will continue to monitor the rate at which the mass is increasing in size.

The UWI SRC was expected to dispatch three scientists to St. Vincent on Wednesday December 30.