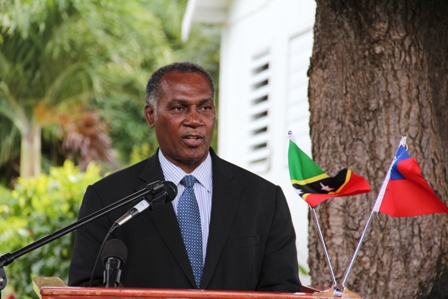 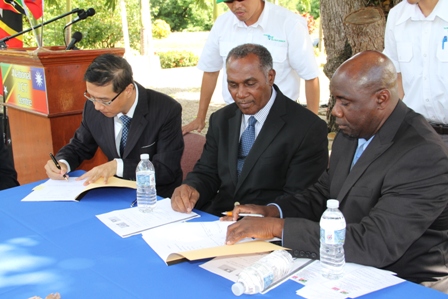 “What we are seeing is the next step, a moving forward, as it were, to a new concept of what farming and farms could be in small countries like Nevis where the farms could be developed to a high level. Then it becomes an attraction to those who visit and the implementation of that, the visits and the combination of tourism and agriculture, then can continue to play a very important role in our future economic development,” he said.
According to the Premier, 21 years ago when the NIA invited the Taiwanese to establish a physical presence on Nevis, the decision taken which has to date proven to be the correct move had brought greater interaction and expertise between the Taiwanese, the Department of Agriculture and the island’s farmers. As a result, he noted that members of the Nevis public had been beneficiaries of quality agricultural produce from both the farm and local farmers who had benefited from the technology.
“We have seen over the years an improvement perhaps a significant improvement in the quality of goods produced on our farms. We have seen also not only improvement in the quality but in the quantity of the produce as well and perhaps more importantly for farmers because it is their livelihood and for the tourism industry, that reliability level has also improved because when you talk to the hoteliers, for example and we try to persuade them to reduce their importation of products which people consume, they invariably say to us we cannot build our business or our hospitality industry on any haphazard arrangement.
“We must be satisfied that the produce will be a particular quality; that there will be a consistency of a produce when we want them so that our guests can note that they are receiving good quality but also what they need to make them comfortable so that is an important part of the reason why we sought to have the Taiwanese established here,” he said. 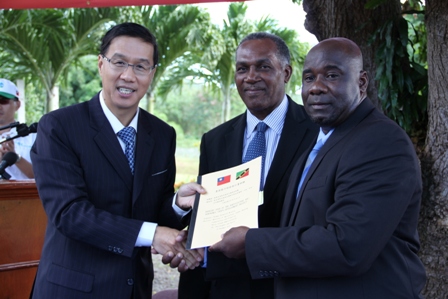 The Premier used the opportunity to thank the Government and people of the Republic of China/Taiwan’s through Resident Ambassador to the Federation His Excellency Miguel Li-Jey Tsao for his immeasurable assistance to the people of Nevis. He also thanked the ambassador for his continued support to the island.
“I want to thank Ambassador Tsao and through him his President and his Government and all the people of the Republic of China /Taiwan because they have been good friends to us over the past 30 years in St. Kitts and Nevis. I want to say that in the last 21 years, they have been especially good friends to us in Nevis through this mission. I do believe…that we will see that friendship continuing and that the people of Nevis will really be beneficiaries of the largest beneficent of the people of the Republic of China/ Taiwan through Ambassador Tsao.
“So Ambassador Tsao, thank you very much. As we take possession of ownership of this farm this morning, to accomplish the goals which we discussed jointly under which we have an agreement, I know that our friendship and the support which you have given over the years from your country will continue and no doubt, in my opinion and I’m sure in the opinion of those who are here…that friendship and that benefit, that mutual benefit, will continue and I want to thank you in advance, also thank you for what you’ve done so far,” he said.