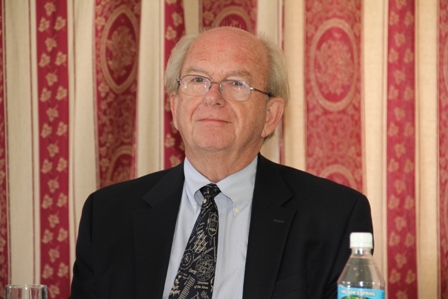 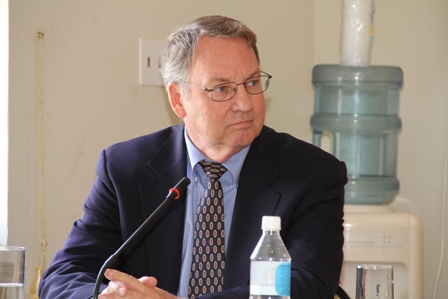 “Bruce has talked to the ministers and our team as we negotiated this week about the possibility of taking talented Nevisian students and putting them into geothermal faculties not only at his own university [University of Texas] but perhaps at a couple other universities…
“With the help of Bruce and his university-type background, we intend to train as many appropriate and talented people from Nevis not just from NEVLEC but from the general population to work in the facility. It is not going to be run by folks from the United States; it’s going to be run eventually by locals.
Mr. Drolet described Mr. Cutright as a principal investigator at the University of Texas in Austin who was responsible in the U.S. State Department of Energy and other grants for the formation of the Worldwide Database on Geothermal Energy and Geothermal Energy Research and Development.