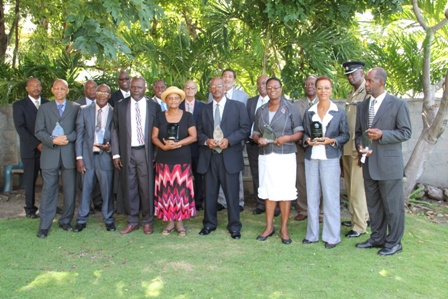 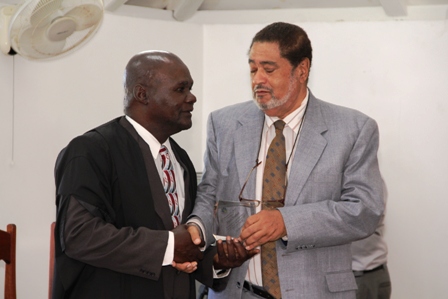 “I wish to take us back some 30 years ago on December 10th 1983, when this body, the Nevis Island Assembly started…Certainly for some of us, if not most of us, that day came through hard work, perseverance, the will to put Nevis on the map and to do whatever was needed to achieve the Nevisian spirit. Those persons who have paved the way for us and who are no longer with us, today, we as Nevisians [should] always… mention them in our prayers,” he said.
Mr. Smithen encouraged the awardees to view the recognition plaques as a symbol of appreciation for their contribution to the Nevis Island Assembly.
“Today we would be highlighting through the form of awarding of plaques for those past parliamentarian, clerks, presiding officers who would have paved the way over the years…For those of you who will be receiving plaques, look at it as a token to show the appreciation of this Assembly for the work that you have done over the years. We here at the Nevis Island Assembly are grateful for your contribution,” he said.
Other statements came from Hon. Vance Amory and Hon. Joseph Parry while Former President of the House Mrs. Marjorie Morton gave a response on behalf of the awardees.