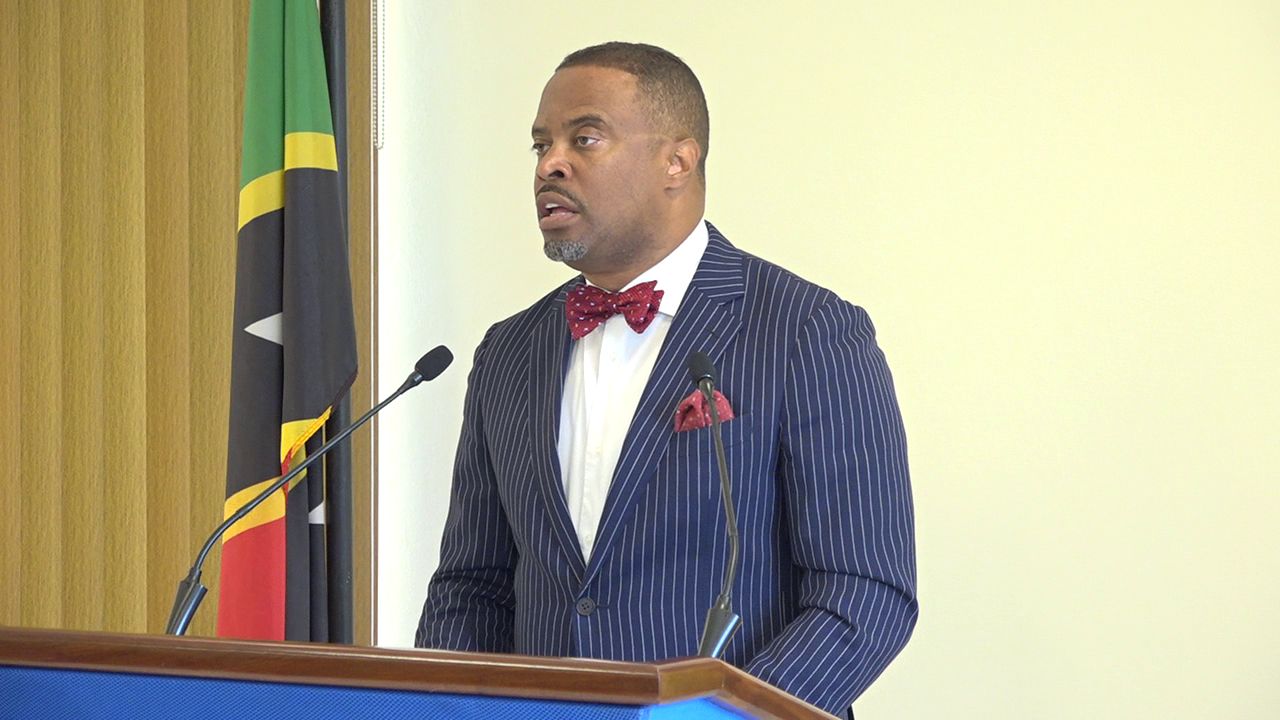 Hon. Mark Brantley, Premier of Nevis at his monthly press conference at the Nevis island Administration’s Cabinet Room at Pinney’s Estate on May 01, 2019

NIA CHARLESTOWN NEVIS (May 01, 2019) —  Hon. Mark Brantley, Premier of Nevis is encouraging members of the public to join with the Nevis Island Administration (NIA) and the Federal Government, to pay their final respects to former Speaker in the St. Kitts and Nevis National Assembly the late Mr. Herman “Bobby” Liburd at an official funeral service.

Mr. Brantley made the call at his monthly press conference in Cabinet Room at Pinney’s Estate on May 01, 2019, while announcing the funeral arrangements for Mr. Liburd, who passed away on April 12, 2019.

“I am to announce that on the recommendation of the Nevis Island Administration, the Federal Government has readily agreed that Mr. Liburd be accorded an official funeral… Mr. Liburd who was a former Speaker from 1980 to 1983, I believe, in the House in St. Kitts…would take place at the Gingerland Methodist Church in Nevis on Saturday, 4th May, 2019.

“The public viewing for the former Speaker will start at 12:45 on Saturday, after which tributes will be held from 1:15 p.m., and the service will start at 2 p.m.… We would certainly encourage one and all to attend the funeral of the late Bobby Liburd, and pay our respects to him,” he said.

Mr. Brantley stated that he and also Dr. Hon. Timothy Harris, Prime Minister of St. Kitts and Nevis have given tributes.

The Premier noted that Mr. Liburd who was 78 years at the time of his passing, was born on April 2nd 1941, and had given to Nevis in many ways.

“He contributed in many aspects not just the legal profession but also politics. He was in the House as the Speaker. He has contributed in cricket, and he has done much for the island of Nevis,” he said.