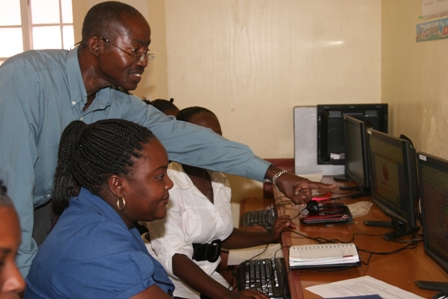 CHARLESTOWN NEVIS (September 10, 2010) — Computer Teachers from the seven Public Primary Schools on Nevis would be better equipped to deal with a new computer system linking over 150 brand new computers provided by the Nevis Island Administration. The teachers were part of a one-day Information Technology Workshop, hosted by the Department of Education on Nevis at the Charlestown Primary School’s Computer Lab on Friday.

Technology Coordinator in the Department of Education Mr. Laurence Richards told the Department of Information that although meetings with Computer Teachers were not new at the start of the school year, however, the training was different this year.

“This time around the system will be set up as a network and so part of what we are doing is to introduce them to the network to give them an idea as to how their respective labs will be set up.

“What we have here basically will be replicated in all the other labs and so eventually this is what all the computer teachers would be working with in their respective schools,” he said. 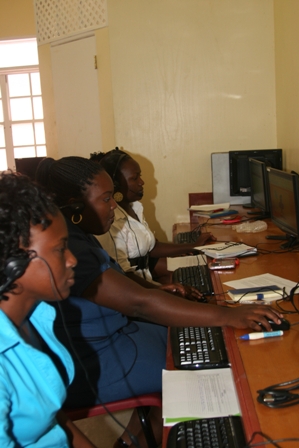 According to Mr. Richards who was assisted by Information Technology Technician attached to the Department Mr. Earl Clarke, apart from an introduction to the new computers, the teachers would also be taught how through the use of Lab Logs what went on in the labs.

He said that new teachers were also introduced to the curriculum for Information Technology in the Primary Schools and some lab procedures.

However, Mr. Richards explained that Computer Teachers were not simply teachers but were managers of the computer labs and would be responsible for the provision of certain guidelines with regard to the maintenance of order in the labs. Therefore they also discussed the issue of lab rules among others.

In the near future Mr. Richards noted that the Computer Teachers would be briefed by personnel from the Information Technology Department since they were the ones who would actually set up the new computer system at the schools.

“We wanted to give them [IT] an opportunity also to speak with the teachers to give them some technical insights because they [teachers] are lab managers [and] if something is wrong they would be the first to detect what is wrong and would know what procedures to follow in terms of sharing information,” he said. 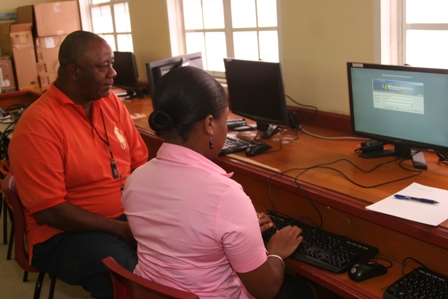