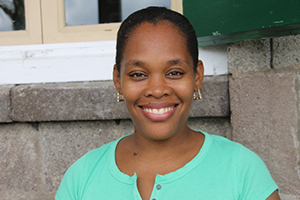 Deslyn Williams-Johnson, General Manager of the Nevis Performing Arts Centre at Pinney’s Industrial Site
NIA CHARLESTOWN NEVIS (September 10, 2014) –Deslyn Williams-Johnson General Manager of the Nevis Performing Arts Centre (NEPAC) described the turn out of the public to the performance of London-based Globe to Globe’s Hamlet as the largest seen at any presentation, since the facility’s opening and was indicative of the high interest in the Arts.
Williams-Johnson made the disclosure in a brief interview with the Department of Information on September 09, 2014, at Bath Plain as she gave her views on the event in an invited comment
“That evening, I must say, was a fantastic one. The crowd we had that evening surpassed any other crowd that we have had for shows here at the centre. 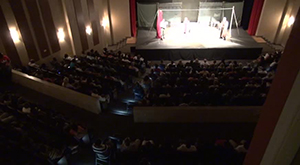 “It definitely was an indication from the persons who came that there is a genuine interest in seeing performances of this calibre being hosted here…That night, specifically though, the crowd was very supportive I found and very appreciative of the play,” she said.
When asked about the feedback from the visiting performers, Williams-Johnson gave this insight.
“The persons performing in that play, they were very, very overwhelmed at the response, excited to perform for people here and very much loved the response that they got from the audience towards their play…
“They are taking this all around the world and we were their 42nd stop and they had an amazing time while here in Nevis,” she said.
Asked whether there were any plans to bring more groups to perform at NEPAC, the General Manager said that was included in their plans.
“Really and truly we are hoping to partner with groups such as these and others to get them to come to the Nevis Performing Arts Centre and of course, showcase their performances whether it would be plays or music or anything for that matter,” she said. 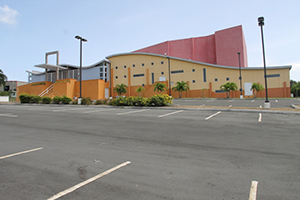 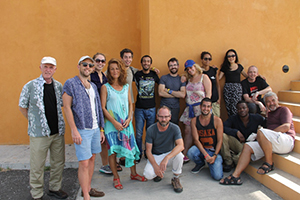