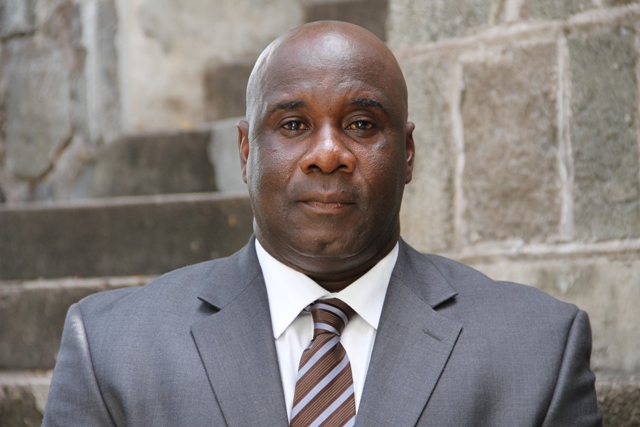 NIA CHARLESTOWN NEVIS (March 04, 2016) — The following is the full text of an address delivered by Hon. Alexis Jeffers Minister responsible for Public Utilities in the Nevis Island Administration (NIA) on March 04, 2016, regarding fuel surcharge reduction

My fellow citizens, residents and friends,

I address you in my capacity as Senior Minister within the Nevis Island Administration with direct responsibility for Public Utilities. Under my portfolio, I have been given the important task of overseeing generally the affairs of the Nevis Electricity Company Limited (NEVLEC) and the delivery of electricity to the people of Nevis.

The Nevis Island Administration through my Ministry together with the Board of Directors of NEVLEC, has been carefully monitoring the cost of fuel on the world market.

While oil prices have been known to fluctuate quite widely at times, our monitoring has shown a steady decline in the average price of oil on the world market. This decline, in turn, has led to a steady fall in the price of fuel on the world market. Additionally, this decline has been welcomed as much of Nevis’ electricity is still at this time generated from diesel powered engines.

Notwithstanding the financial burden on the company as inherited by this Government, I was very proud that the very first major policy initiative announced by the new CCM led Administration was to fulfil a campaign commitment made to the people of Nevis by immediately reducing the fuel surcharge by 25 percent. This policy initiative brought immediate relief to electricity consumers ensuring that they paid less for electricity and therefore had more monies in their pockets for spending on other necessities.

As we continue to force further savings for electricity consumers, the fuel surcharge rates at current, amount to EC .22 cents for commercial users and EC .17 cents per kilowatt hour for domestic users.

In light of the financial crisis in which NEVLEC then was, the new Board and management had to engage in new and creative ways to control costs and increase revenues to keep the company afloat and deliver to the people of Nevis the same quality of electricity service they were accustomed to but at substantially reduced costs.

In this regard, the worldwide decline in fuel prices has helped NEVLEC in supporting the lower cost of electricity offered to the Nevisian consumer.

This Government did not stop there. Under a new and innovative programme for our senior citizens, this CCM led Government offered in partnership with NEVLEC relief on electricity and water charges to our citizens 65 years and over living on their own on low or fixed incomes to alleviate the pressure on our most vulnerable citizens.

That programme implemented through the Ministry of Social Development, has attracted positive and widespread regional attention. Since its implementation, that special programme for seniors has come at a cost of EC$26,229.28 per month.

Notwithstanding the considerable efforts made however, the cost of electricity has still remained far too high for most of our people. The Government and the Board of Directors of NEVLEC have therefore been working closely to determine how best to offer additional relief to the people of Nevis without causing harm to the financial viability of NEVLEC.

It is for this reason that we have carefully monitored the downward trend in oil prices on the world market and have been prudent and sensible in our deliberations.

While we continue to monitor oil prices, my Ministry has also been working closely with the Cabinet of the Nevis Island Administration to ensure greater energy independence for the island, through our pursuit of geothermal energy and a waste to energy and solar energy plant slated for the Long Point area.

These renewable energy initiatives, coupled with the wind energy initiative which we met on assuming office, are part and parcel of the overall thrust of this CCM- led Government to ensure that the people of Nevis are no longer subject to the volatility of oil prices on the world market.

As we all know, oil prices are now at historic lows. However, as we also know, they are predicted to rise again and may well rise to unmanageable and unsustainable levels in the medium term.

This Government must work hard to guard our people from this type of volatility and the negative shocks that such volatility can have on our local economy. We must also continue our efforts to ensure a greener, cleaner Nevis and meet our international obligations as articulated in the Paris Accord on climate change.

I use the occasion of this address therefore, to advise the public that NEVLEC has worked hard to maximise its collections and cut costs and through effective management and controls together with the reduced cost of fuel, your electricity company is now current with its suppliers for the cost of fuel.

It means therefore, that we have been able to remove a debt of some EC$7.8 million met three years ago, to a situation where NEVLEC is now current and meeting its obligations to its suppliers in a timely and satisfactory manner. This is a significant accomplishment and one worthy of commendation.

Along the way, we have continued to educate consumers about saving electricity and controlling their consumption. I use this occasion to remind consumers yet again, to control their level of consumption and so take control of their own cost of electricity for their homes and businesses.

Our people were asked during the times of high fuel prices globally to share the burden. The Government and NEVLEC are grateful that our people partnered with us throughout that period.

The Government however, also committed to the continued reduction in prices to the consumer as and when the financial health of NEVLEC and the cost of supplying electricity allowed.

To this end therefore, it gives me tremendous satisfaction as Minister to announce to the island that effective March 1st, 2016, commercial consumers of electricity will see a further dramatic reduction in fuel surcharge from EC .22 cents to EC .17 cents per kilowatt hour. This represents yet a further discount to our businesses on electricity of EC .5 cents per kilowatt hour.

All businesses and domestic users of electricity on the island of Nevis will therefore see significant reductions in their cost of electricity by their next billing cycle towards the middle of March, 2016.

Your Government and NEVLEC will continue to monitor global oil prices and the financial health of NEVLEC carefully, to determine from time to time what further adjustments in prices for electricity are warranted and sensible.

The track record in this regard of this Government is clear. In all national development, our people must be put first and they must be the recipients of whatever benefits become available.

I use this occasion to appeal to our business community. The Government is well aware that when electricity prices were high, those higher costs were passed on to your customers.

As your businesses are now the beneficiaries of substantial reductions in your cost of electricity and as this Government has continued to demonstrate genuine partnership with you, we ask that you follow NEVLEC’s lead and grant relief to your customers in terms of lower prices.

As operating costs fall, we also call on the business community to expand their operations and seek to assist by employing additional persons so as to make the Nevis economy as robust as possible.

Finally, let me urge all users of electricity to please pay their electricity bills on time. NEVLEC has shown a willingness to work closely with you and to grant relief as and when possible to you.

I urge you therefore, to be responsible citizens and to ensure that you pay for the electricity you consume in a timely manner. Your cooperation will assist NEVLEC to remain financially healthy and ensure that the company and the Government are able to continue passing on significant benefits to all the people of Nevis.

I thank the Board of Directors and management of NEVLEC for their continued hard work on behalf of the people of Nevis and assure them that I will continue to work closely with them to ensure that the people of Nevis remain at the centre of our developmental thrust.

Thank you and may God continue to bless you and the island of Nevis.