Charlestown, Nevis (Thursday, April 12, 2012) — Premier the Hon, Joseph Parry disclosed on Tuesday (April 10) that efforts by his NRP -led Nevis Island Administration to provide enough water for both domestic and agriculture uses all year round have received a shot in the arm with the provision of a generous grant from the Commonwealth Fund.

“Agriculture minister Robelto Hector called me on the weekend and told me that the government had received a grant from the Commonwealth Fund of over half a million US dollars to establish the well at Indian Castle, in Gingerland,” said Premier Parry on his weekly live radio program, In Touch With the Premier, on Choice 105.3 FM and other radio stations in the Federation.

“We anticipate that well will be producing close to 300 gallons a minute,” noted the Premier. “A lot of that water will be used for agriculture purposes, as we are doing agriculture in Indian Castle. But some of it will be available for the area as well. The people of Hanley’s Road may have their own well as well, and so they do not have to depend on water from Fothergills or from Zion or any other part of Gingerland.”

Updating Nevisians on the state of water provision, Premier Parry reminded his listeners that before the NRP government came into 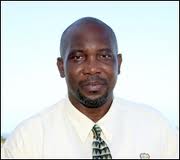 power, water used to be turned off in Charlestown between 11 pm and 5 am as they tried to fill up tanks at the Four Seasons Resort.

Water available then was saline, and the old wells were full of muck and not producing at the level they should produce, and that some of the reservoirs were leaking, a situation he described as sad.

“Today at Hamilton we are well on the way to bring a new well on stream that will be producing some 300 gallons of water a minute,” revealed the Premier. “My understanding is that the well will be commissioned in May. NEVLEC is to run the wires, but the well has been dug and developed, and the piping has been 98 percent completed, and they are well on their way to providing Charlestown with water.”

With the full commissioning of the well, it will provide the whole of Charlestown with water, allowing it to have a reserve of water to the level that it will not need water from Gingerland, except there is an emergency. Four Seasons will get water from Butlers, and the eastern and southern sides of Nevis will get their water from Gingerland. 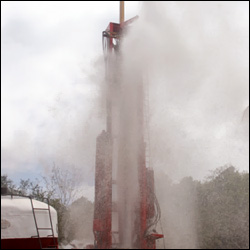 He also said that he had been advised by Junior Minister, Hon. Carlisle Powell that the Government may be able to develop a third well at New River. The well will provide water for farmers both in the St. James’ and St. George’s Parishes. The balance of the water from that well will then be used at the cosmetology center and the Amman Hotel, even though they will eventually get water from Indian Castle.

It is further anticipated that water from New River might be directed to go all the way to Butlers, Brick Kiln, Fountain, New Castle and Westbury, including Cotton Ground, and could end up in Four Seasons.

“What I have described is a situation here, where Nevis is in a position to have water twelve months a year,” observed the Premier. “To have considerable reserves of water, and any project that we may develop within the next 10 to 15 years, we know where the water will come from to be provided to these projects.”

With that forward planning, Nevis unlike other islands in the region will not need to get a desalination plant, nor will it need to import water by barges. As a result, in progress now, is a project to establish reservoirs at strategic points around the island of Nevis. 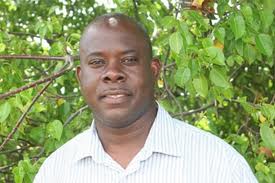 “I am not talking about a plan, I am not talking about anything in the pipeline,” stated the Premier. “This is in progress. Funds are available and tendering is taking place and this project will commence in May or June of this year. And when that is done, we will not only have reserves of water, but you will have the means of storage and the means of taking water to any part of the island.

“It also means we are to remove all those old pipes that have been there for years. I understand that we might even have old asbestos pipes, which we have to get rid of very, very quickly and this is being done by the Nevis Reformation Party in government.”