NIA-CHARLESTOWN NEVIS (April 21, 2011) — Students from the Nevis Sixth Form were not lost in their show of gratitude for the sitting Nevis Island Administration (NIA) on Thursday morning at Bath Hotel, when the entire 137 strong student population were presented with brand new state of the art Hewlett Packard laptops. 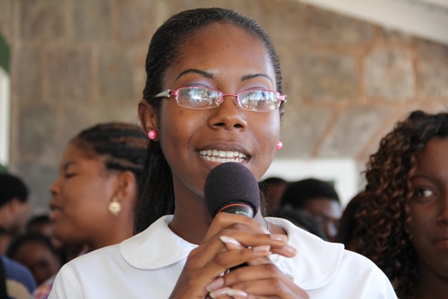 “I feel very pleased about the computers and I would like to thank the present Government and everybody who contributed to our laptops this morning. Thank you,” she said.

Ms. Faith Daniel of Butlers Village added her voice as well and stated “I am happy for the good work that the NRP is doing right now.”

Mr. Dylon Browne of Hardtimes Estate was the first of two boys to express his thoughts for the invaluable gift 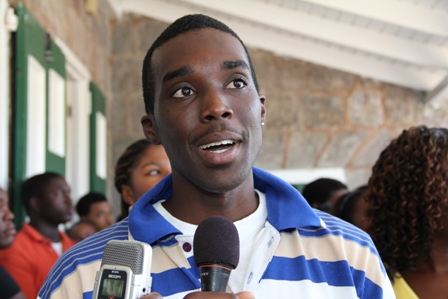 “I am very excited by the work done by the NRP Government in producing these laptop computers for us this morning,” he said, while Mr. Robert Morton of Prospect noted that he felt “great” about “receiving my” computer.

“I would like to thank the NRP Government for giving us our laptops and [also] the Fifth Formers. Performance really matters! Thank you,” she said.

Moments earlier to a brief address dotted with bursts of applause from the students, Premier of Nevis and Minister of Education Hon Joseph Parry accompanied by Principal Education Officer in the Ministry of Education on Nevis Mrs. Lornette Queeley-Connor and other Cabinet members, urged the students to see the personal computers as a tool that would propel them forward. 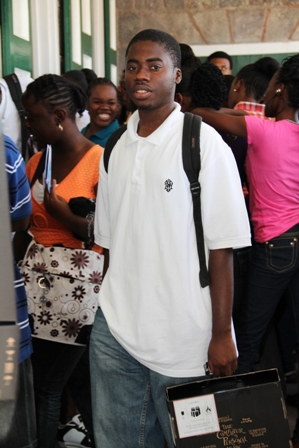 “This morning is not just a symbol but it is a presentation in terms of opening the doors of the future for you and for others who will follow. Each of you will get a computer, remember it is yours to care for, it is yours to help you move forward in this world,” he said.

Mr. Parry also told the students of his hope that they would be the start of a new direction in Nevis and admonished them to not live by the “crab in a barrel” mentality which in his view was a disgraceful thinking of black people but instead he said they should move forward and uplift each other instead of pulling each other down. 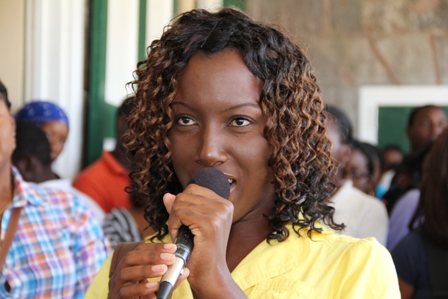 In conclusion, the Premier congratulated the students on receipt of the computers and wished them well in their future endeavours. 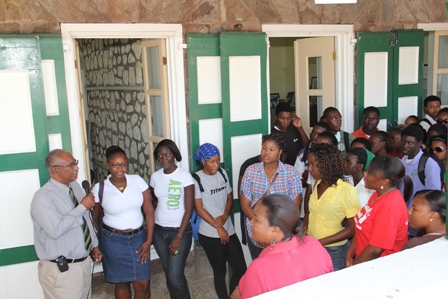 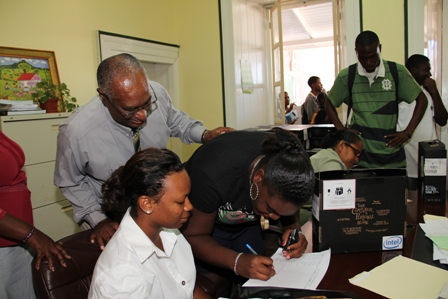