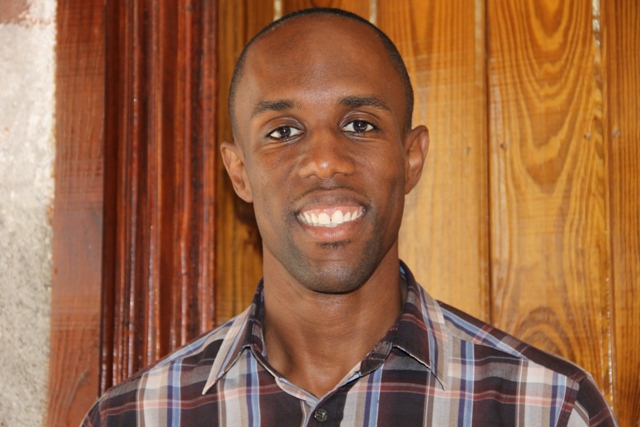 Counsellor attached to the Gender Affairs Division of the Department of Social Services Wayne Maynard
NIA CHARLESTOWN NEVIS (JUNE 04, 2015) — Counsellor attached to the Gender Affairs Division of the Department of Social Services Wayne Maynard, says he is pleased with the public’s response to a new initiative to honour mothers in Nevis but believes that there is still room for greater monetary donations.
Maynard told the Department of Information on June 01, 2015, that since the programme entitled “Motherhood – A legacy of love” which was launched just over two weeks ago, members of the public had registered interest in the opportunity to show permanent and public appreciation to their mothers.
“We have a lot of interest and enthusiasm but we need that translated into actual financial donations to make the effort a reality,” he said.
Maynard also explained why the Department embarked on the project and noted the project provides an opportunity for the community to collaborate and come together to honour mothers in a unified way.
He said in years to come, though the project would have ended, it would be remembered as testament, that as a society, honour was given where it was due.
According to Maynard, the Department in collaboration with the Nevis Women’s Council was making it possible for persons to give lasting recognition to mothers through the project. The fringe benefits would make way for the purchase of needed equipment to be donated to the Maternity Ward at the Alexandra Hospital.
“The main goal of this effort is to honour mothers or a significant female figure in the community through the financial donations made in their honour by members of society.
“These donations could be made in a number of categories and the honourees would obtain special recognition based on which category the financial donation fell in,” he said.
The categories are Platinum: $500 and above; Diamond: $400 – $499; Gold: $300 – $399; Silver: $200 – $299and Bronze: $100 – $199.
Names of all the honourees will be engraved on a plaque which will be mounted in a public area at the Alexandra Hospital.
All financial donations will go toward the purchase of an Antepartum Monitor for the Maternity Ward.
The project concludes at the end of June and persons who are interested should contact the Gender Affairs Division of the Department of Social Services at 1869 – 469-5521 ex 2045 or 2081.