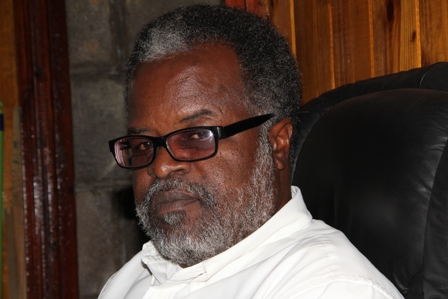 Chairman of the Nevis Cultural Development Foundation Mr. Halsted “Sooty” Byron
NIA CHARLESTOWN NEVIS (AUGUST 23, 2012) — Chairman of the Nevis Cultural Development Foundation (NCDF) Mr. Halsted “Sooty” Byron says the public should not look at a planned panel on the Culturama and its way forward as a talk shop. In an interview with the Department of Information on August 23, 2012, he said the discussion would serve to improve the annual summer festival in the short, medium and long term.

Mr. Byron who also served as the Chairman of the recently conclude 2012 Culturama festival, noted that the panel discussion organised by the Culturama Festival Division of the Nevis Cultural Development Foundation (NCDF) designed to evaluate the 38 year old Festival was slated for August 28th, 2012. It will be held at the Red Cross conference room on Chapel Street from 7pm.

“We are going to have a panel of about four or five persons including the Nevis Island Administration (NIA). Hopefully, Minister Daniel will be on it to look at Government’s policy on Culturama. I would also be on it [panel] to look at the NCDF and its functions with regards to Culturama and our plans and programmes for it. We are going to have a participant who will give their view of Culturama over the years and going forward and that person is likely to be Oscar Brown the Mighty Astro.

“We are also looking to have somebody from the Nevis Dramatic and Cultural Society (NEDACS), somebody who was there from the beginning of the festival Lyra Richards and we are also looking for  a youth representative who we haven’t confirmed as yet but we would certainly like somebody to represent the views of the young people that is very  important, what they understand of Culturama, what they know of Culturama, historically of course and also how and where they want to see the Festival go in the future,” he said.

Mr. Byron added that the panel discussion would be made available to persons who would not be able to attend through a simulcast with NTV and Choice FM 105.3 but there would be an in house audience.

Notwithstanding, the NCDF Chairman explained that a thorough review of the Cultural Festival was something they wanted to do for some time.

“We have been wanting to do it for a long time but maybe we have waited too long. Even before this Culturama we were talking about that earlier this year when we started planning Culturama 2012 and we made a decision that shortly after the conclusion of this year’s Culturama we would organise this panel discussion.

“So we are striking the hammer while the hammer is hot, two weeks after Culturama concluded, we think it is a good time because its fresh in people’s mind but we don’t want people to confine themselves to what happened in 2012 but to look at what has been happening over the years… This is going to encompass the whole gamut. Anybody who has an interest in Culturama would be allowed to express their views and also most importantly to say how they want to see Culturama in the future,” he said. 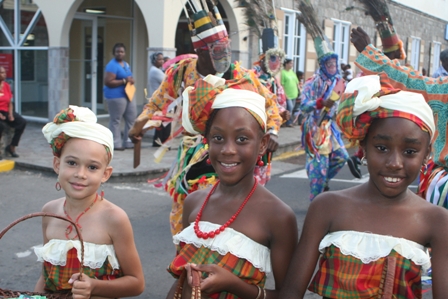 Mr. Byron also stated that prior to the formation of NCDF the Culturama Secretariat which was responsible for Cultural Festival in the 90s held similar but not extensive events and from time to time the Culturama Committee organised sessions which allowed persons to discuss and give their views.

Regarding the follow-up work after the panel discussion, Mr. Byron explained that all views offered would be recorded.

“We will have a repertoire and we will be taking notes and recording. Then all of us policy makers, cultural administrators, Culturama Committee, the NCDF Board, since that has overall control over Culturama would meet, look at all of the suggestions that we would have and start working towards a long term plan but at the same time looking to see what we could implement in the short term depending on the finances available to us, manpower and so on,” he said.

Mr. Byron added that the NCDF hoped to develop a long term plan for Culturama over the next year however suggestions relevant to the short term would be implemented in the 2013 Culturama festival.