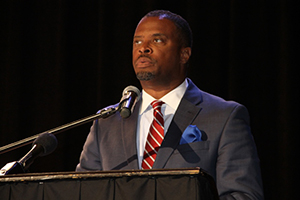 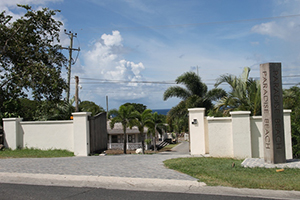 According to Mr. Brantley, the three-pronged approach targeted a reduction in the off-season tourism season, increased airlift to and from Nevis and added accommodation. He gave some insight into the strategy and pointed to some of its benefits so far.
“One, promotion, we have embarked through the Nevis Tourism Authority on a level of promotion, I think, hither to, unknown on the island of Nevis and we have seen as a direct consequence of that promotion exposure for the island in almost every major publication in the demographic markets that we cater to.
“We have also added, as a part of that thrust and as part of trying to solve the problem of off-season or seasonality of our tourism industry, events such as the triathlon, the Nevis Race Week, we have continued with things like the Fishing Tournament, we now have the Booby Island Regatta, we have the Month of Romance, we have the Mango Festival, we of course continue with Culturama and this year, we had Culturama 40 and our first ever Homecoming Celebration which was a tremendous success and in next April, we will be introducing the Blues Festival in Nevis, the very 1st time that a music festival of that kind will be attempted in Nevis,” he explained. 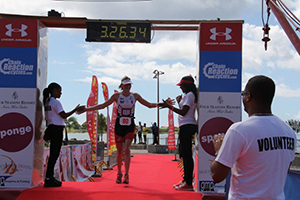 In the area of airlift, Mr. Brantley gave the basis on which that second segment of the strategy was made.
“The 2nd pillar has been airlift. We have formed the view, very firm view, that we cannot seek to grow the Nevis economy and we cannot seek to grow tourism without adequate airlift and so, this government has gone aggressively, to try and increase airlift and specifically, airlift from Puerto Rico which we feel is and will continue to be, one of the more important hubs for the island of Nevis.
“Puerto Rico we are told, I believe, has direct air access to some 23 US cities and as the United States and the east coast, in particular, continues to be our dominant market, we have invested heavily in airlift from and through Puerto Rico,” he said.
The Tourism Minster added that the Puerto Rican market was also targeted as a tourism market, as part and parcel of the strategy, an innovative move that had never been done before. 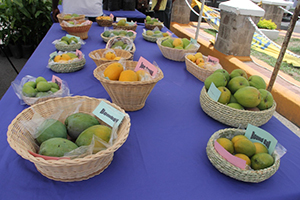 “We’ve actually hired public relations firms in New York, in London and now in Puerto Rico as well. Our goal would be, especially in the off-season again, to get some traffic coming from Puerto Rico,” he said.
Regarding accommodation, Mr. Brantley spoke to the achievements that had begun to show some positive signs.
“In terms of accommodation, that is the 3rd pillar we want to advertise Nevis promotion. We want to have events part of that promotion. We want to have our Public Relations working part of that promotion. We then need to get people here, so we’ve worked on airlift the 2nd limb of that pillar and 3rd accommodation.
“Where are they going to stay when they get here? I am very pleased to announce that the Paradise Beach which is an assortment of very high end luxury villas,  three and four bedrooms which is going to offer butler service, concierge services and they say, take the level of service in Nevis and a level of luxury accommodation to hitherto unknown heights.  They will open in December after a complete retrofit,” he said.
The Minister also spoke of other tourism developments. 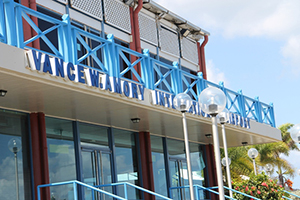 “You might have known them as Villa Paradiso, They are under new ownership and they have completely redone that resort. I can tell you that what I have seen is absolutely fantastic and we look forward to them opening and the employment and other possibilities that, that will generate.
“The Mount Nevis, you have heard, is on the expansion and we expect that that expansion will see a doubling of the rooms at Mount Nevis Hotel,” he said.
Mr. Brantley also mentioned the development of a “Candy Resort” in the St. James Parish and Fisherman’s Cabana on Jessups Bay. He said they were all part of the Ministry’s efforts to increase accommodation, increase the island’s room stock and at the same time, increase promotion and airlift to Nevis.