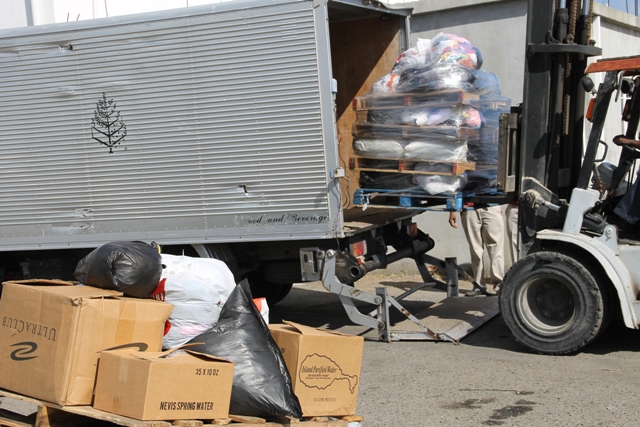 “We appreciate their thoughtfulness and the way they have given and we do appreciate it. So on behalf of the Minister [Hon. Mark Brantley], Permanent Secretary [Carl Williams] and staff at the Ministry of Tourism here in Nevis, we want to say thank you to all our stakeholders,” she said.
Liburd explained that so far they had also received donations from the Golden Rock Inn, Botanical Gardens and Hermitage Plantation but urged those who had not yet heed the call to do so.
“For our tourism partners who have not given as yet, we recognise that a number of the properties are closed yet we still encourage you to be a part of the appeal for Dominica in any way that you can,” she said. 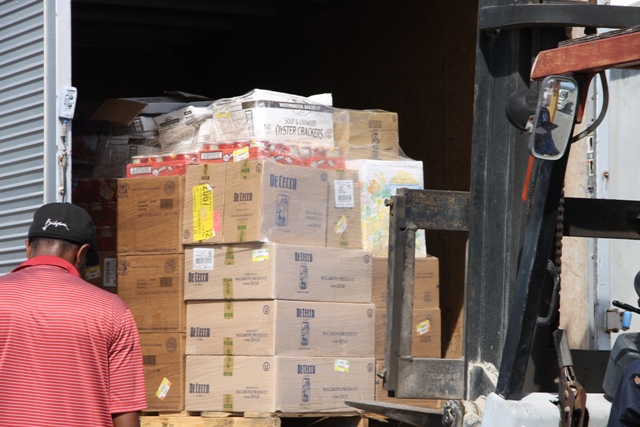 According to Liburd, the donations made include water, medical supplies such as gloves, plasters, gauze, toiletries such as toilet paper, roll on, sanitary pads, non-perishable food items, clothing and shoes, pampers for various stages for children, adult pampers as well as numerous canned goods.
Meantime, the Tourism official noted that the idea to assist Dominica came when the extent of the devastation of the sister Caribbean island became apparent in the days following the passage of the storm.
She stated that the Ministry was looking at ways in which it could make a meaningful contribution to aid the residents of Dominica and followed on a call by the Ministry of Youth and Sports to solicit donations from the tourism sector as well as tourism employees