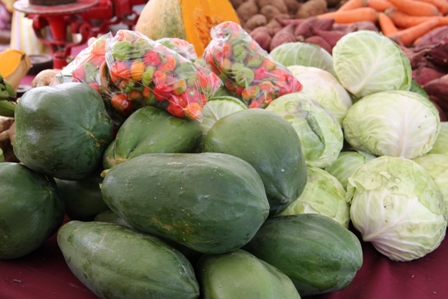 The Health Minister announced that the NIA had sent someone abroad for training, at the end of which the individual would be able to handle testing.
“This Administration has sent someone to be trained who we hope to come back into the system in December who will be able to do the testing on Nevis. So we won’t have to send away the strips [from pap smears] any more, you would be able to get your results far more quickly right here on Nevis. So I want to encourage our people to take control,” he said.
Mr. Brantley noted that he was impressed when he learnt recently that the incidence of cervical cancer had been stemmed.
“In some major countries they have almost eradicated cervical cancer for the simple reason, that women in those countries they go out, they do their regular pap smears and cervical cancer is something which, if detected early, can be dealt with,” he said. 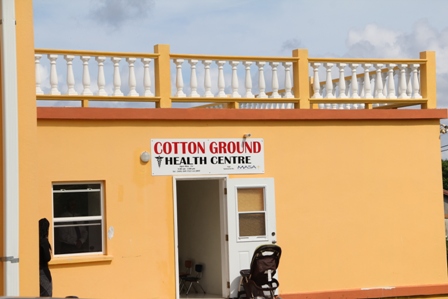 As far as health care and the health sector was concerned, the Health Minister explained that one had to appreciate that as a small island with a small tax base it had limited resources and in an ideal world every available service for the people of Nevis would be available but that was not feasible.
“That is simply not feasible; it is not economical; it is not possible and so, we have tried to reorient our thinking and reorient the limited resources we have and what we are now saying, is that where health is concerned, we are focusing our money on education, on our primary health care, on encouraging our people on relentless education to do the right things – to eat right, to exercise, consume alcohol in limited quantities if at all, not to smoke, to engage in safe sex and to go out and get tested. It is very important for us to take charge of our health,” he said.
The Health Minister also addressed other areas of the Health Sector, which he described as a sector which required a tremendous injection of capital to maintain, however some measure of success had been realised since he became the Minister in charge of Health in late January. 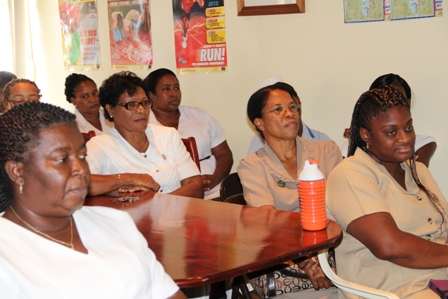 “We have been able to hire three new doctors to our staff. When I inherited the portfolio, we had a chronic shortage of nurses and I thought that was a curious thing. I was being told by the technocrats that we must go to St. Vincent and we must go to Guyana and see if we could get nurses from these places and I said ‘but why?’ We have lots of nurses in Nevis who are young people 55 and 56 who are either retired or were retired.
“So what I did, was I sent out the call and I am very happy to report tonight that most of our nurses who still have a lot to offer have responded to that call and have come back into the service and so I am very pleased to say that a chronic shortage we were experiencing has been alleviated by our own nurses responding to that call and coming back and working in the districts and helping us,” he said.
Regarding a long-term solution, Mr. Brantley explained that the Administration continued to encourage the young people to enter the profession. He explained there was funding and training available for those interested in entering the noble profession.
In another area of health, the Minister noted the relocation of the Cotton Ground Police Station following complaints by persons who had used the facility. At its new location the facility is more accessible to the entire St. Thomas Parish.
Mr. Brantley also spoke to the addition to the School Meals Programme of Master Chef Mr. Michael Henville. 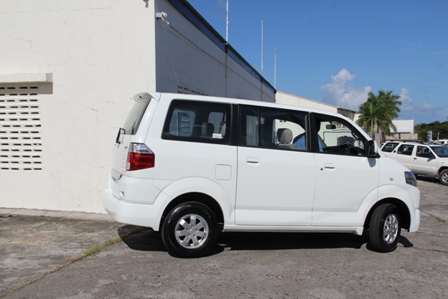 “We were able to hire a Master Chef for the School Meals Programme. That was an initiative through the Ministry of Health and the objective and the mandate of that Master Chef is that we focus on greater and better nutrition in the meals that are being served to our school children.
“We feel that it is important insofar as health is concerned, that our children start eating right and practising the right things in terms of their meals. What goes into their body ultimately affects their health and we feel that education at that level is going to be critical. So we have invested in this individual who is leading the charge Chef Henville,” he said.
The Health Minister also mentioned the donation of a new bus from anonymous well wishers to the Mental Health Unit, for use in its outreach programme.  He said the gift came at zero cost to the taxpayers of Nevis.