Minister of Culture on Nevis Hon. Hensley Daniel acknowledges Culturama patron and Grand Marshal for the Cultural Parade Mr. Elmos Jeffers
NIA CHARLESTOWN NEVIS (JULY 31, 2012) — Minister of Culture and deputy Premier in the Nevis Island Administration (NIA) Hon. Hensley Daniel, said the onus was on every individual to ensure that the 2012 Culturama festivities were successful as a debt of gratitude to those who founded the festival in 1974, as an avenue to celebrate the island’s cultural expression and freedom.

Mr. Daniel stressed the point as he formally declared the 38th anniversary cultural festival at the Charlestown Waterfront on Thursday July 26th, 2012 opened.

Patron for this year’s festival and the Grand Marshal for the Cultural Parade 2012 had been named as Mr. Elmos Jeffers of Mount Lilly now a resident of Westbury Village. The slogan selected for this year’s celebrations which concludes on August 7th, 2012 “Our Identity! Our Survival! 2k12 Culturama Festival!” was submitted by Ms. Jean Caines.

“This is a celebration of our freedom dating back to August 1st 1984. When the persons who founded Culturama started it, they were mindful it was absolutely necessary for us to create the opportunity for our people to celebrate their freedom. So we owe a debt of gratitude to Calvin Howell and his team [Nevis Dramatical and Cultural Society] NEDACS,” he said.

Mr. Daniel added that Nevisians also owed a debt of gratitude to their forefathers who made it possible on August Monday to throw off the shackles on slavery which paved the way for the island’s cultural festival they could all be proud of.

An impassioned Culture Minister reminded all that the Festival dubbed “The Caribbean’s Greatest Summer Lime” also used the opportunity to remind patrons what the Festival stood for.

“Let me say to all of us that Culturama is bigger than anyone of us. It transcends race, colour, class and politics and that, as we begin the celebrations tonight, we do so in the sure and certain hope that we will have an enjoyable Culturama.

“We are saying ladies and gentlemen, that this celebration is great for us as a people and we must never mistake and make the mistake not to celebrate Culturama. We must do all we can to ensure that we have a great festival,” he said.

The Culture Minister urged all to dance, prance but not chance and ensure that they gave the Police as little work as possible.

“Let us ensure that we conduct ourselves in a decent and orderly manner so that all of us will be proud of our conduct and behaviour come August 8th 2012,” he said. 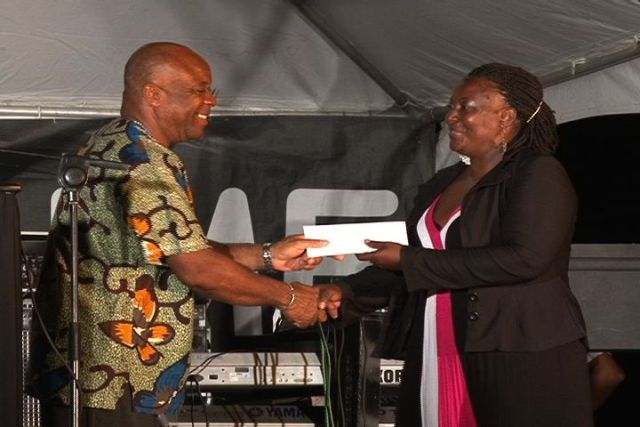 Meantime, a shower of rain, the Minister told patrons that the Nevis Island Administration had taken steps to improve the Cultural Complex, the main venue of the festival. He announced that he had just returned from Houston, Texas in the United States of America to meet with persons interested in undertaking the project.

“As it rains here, I am mindful of the need for us to improve the venue at the festival and last weekend I was in Houston Texas meeting with an architect and a developer to put a roof on the Cultural Complex and do a totally new facility for us.

“We are looking forward, beginning early in 2013 to be able to roof us and shelter us from the rains of Culturama,” he said.

In conclusion, on behalf of Premier of Nevis Hon. Joseph Parry and his Government Colleagues Mr. Daniel urged all to put away all petty sayings and things and enjoy themselves during the Festival “In this great Caribbean island called home”.