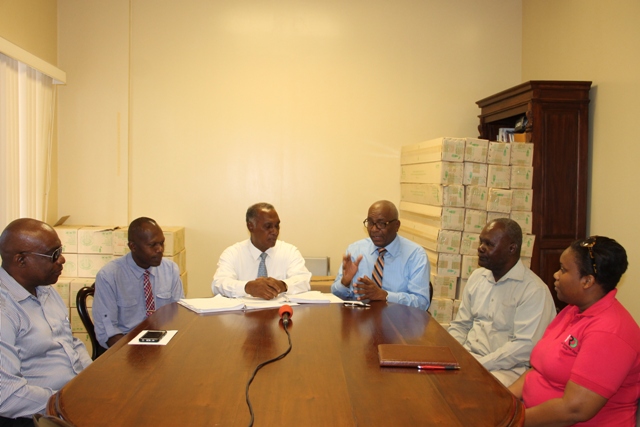 “The generator has been ordered because Wӓrtsilӓ doesn’t manufacture the generator part but we do the engine and other components. So it is well on the way and we are confident, we will meet the delivery time which is around mid-year…There is a dedicated project team who was here a few weeks ago and everything is well on the way,” he said.
Acting General Manager of NEVLEC Jervan Swanston chaired the ceremony. Also present were Chairman of NEVLEC’s Board of Directors Farrell Smithen, Member of the Board Janesha Daniel and NEVLEC’s Generation Manager Earl Springette.