CHARLESTOWN NEVIS (July 12, 2010) — The 2010 Atlantic Hurricane season has gone past the first of its six-month duration with no difficulty for the Nevis Electricity Company Ltd. (NEVLEC) but the Company’s General Manager Mr. Cartwright Farrell urged the public to keep away from all downed power lines.

Mr. Farrell’s advice came on Thursday in an interview with the Department of Information. He said that downed lines should not be tampered with.

In response to the state of readiness of NEVLEC for the 2010 Hurricane Season Mr. Farrell stated that the inventory and all drills had been completed in May as has been the custom and they were prepared.

“I think the storms of the 90’s and so on have made us very much capable and experienced in dealing with those, so we are hoping that we can do it. The last storm we had we experienced outages due to lightening strikes on lines and transformers but I don’t think it did too badly. 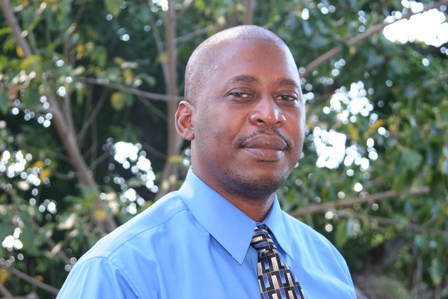 “Based on the fact that all the lines are over head and even though the wind blew and the lightning struck I think there was only one hit on the Cotton Ground Feeder, I don’t remember there being one on the Gingerland Feeder and these are the feeders that cover most of Nevis,” he said.

Mr. Farrell also advised consumers to utilise surge protectors to help protect their electrical equipment against lightening strikes which he said would affect the power system.

In relation to the service lines to consumers and the stays or ground anchors used to stabilise the electricity pole, Mr. Farrell noted the importance of keeping them clear from any foliage and interference.

“Make sure that if you have trees around your service line try to get them trimmed. Sometimes we don’t get around to doing all [trimming trees] and if you can help yourself it would be very good. Before the hurricane season let us know if you want us to trim lines, allow us to trim the trees from the lines.

“Sometimes when fruits are on the trees we don’t get to trim the trees because the customer does not want the fruits down but it’s important and as best as possible, leave the stays. We have had in areas where people uproot or remove the stays because they don’t want it where it is and that destabilises the pole and it falls over a lot quicker. So please allow the stays to remain where they are so that the system can remain in a better shape. I think we will ride these storms which are anticipated for 2010 we will ride them well,” he said. 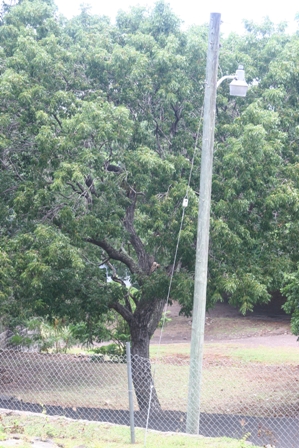 The stays have been used over the years as ground anchors to support the electricity poles to prevent them from toppling over easily during heavy rains and winds.