CHARLESTOWN NEVIS (April 23, 2010) — Permanent Secretary in the Ministry of Agriculture on Nevis Dr. Kelvin Daly described the Nevis Agro-processing Centre as a significant project with both tangible and intangible objectives.

His comment came when he delivered remarks at a ceremony to commission the Centre at Prospect on Tuesday.

The Senior Agriculture Official said it was the intension of the Ministry and Department of Agriculture to make available to the children of Nevis who were most vulnerable with the kind of products that promoted good nutrition and by extension healthier lifestyles.

“We must at the very least replace Cool Aid with 100 percent pure fruit juice extracts. I would like to see our Agro processors develop a line of fruit snacks as alternatives to the high salt, high sugar [and] over processed ones currently available,” he said.

However, he hastened to add that the Centre was a work in process and specialised pieces of equipment had not yet been bought. Dr. Daly used the opportunity to appeal to the benevolent persons in the community to donate to what he referred to as a very worthy project. 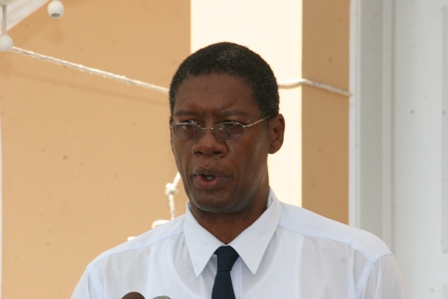 He noted that management staff of the new facility had been encouraged by the Department of Agriculture to pursue tertiary education in that field and announced that the Manager Mr. Dwight Brown had already heeded the call.

Mr. Amory stated that it was the Department’s hope that agro-processors maximised the use of the new processing plant. He said they had already received inquiries from agro processors in St. Kitts who also had an interest in utilising the facility.

“I would like to encourage them to respect and treat both [facility and equipment] as they would their kitchens; to adhere to the good manufacturing practices that some of them recently learnt and to abide by the rules and regulations set forth for the proper use and management of it, so that the highest quality of value added products can be produced that can rival any imports.

“I would like the agro-processors to embrace this opportunity to spread their wigs and see it as a means to empower themselves with the goal of attaining financial stability,” he said. 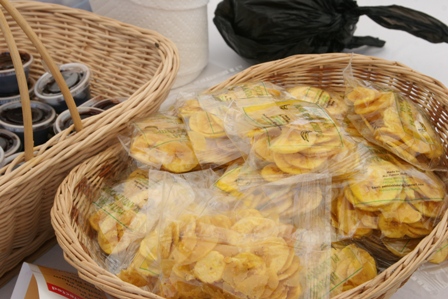