Hon. Alexis Jeffers, Minister of Housing and Lands on Nevis and Chairman of the Nevis Housing and Land Development Corporation at the New River quarry on January 05, 2017
NIA CHARLESTOWN NEVIS (January 06, 2017) — The Nevis Housing and Land Development Corporation (NHLDC) continues to make significant investment at the New River Quarry, owned by the Nevis Island Administration (NIA), in an effort to enhance the quality of the products offered there.
Hon. Alexis Jeffers, Minister responsible for Housing and Lands and Chairman of the NHLDC Board told the Department of Information on January 05, 2017 that just over EC $1.6 million worth of equipment had recently been procured for the quarry.
“We have a Terex Finlay I-100 Impactor Crusher. We also have an Anaconda three deck screen. We also got 3 1/2 yards front-end-loader and a 29 ton excavator…
“We would have invested just about US$600,000 that is just over EC$1.6million, a sizable investment but one that, I believe, over the next year and a half to two years would certainly yield returns. Without any major breakdown, we should be able to recoup our investment,” he said. 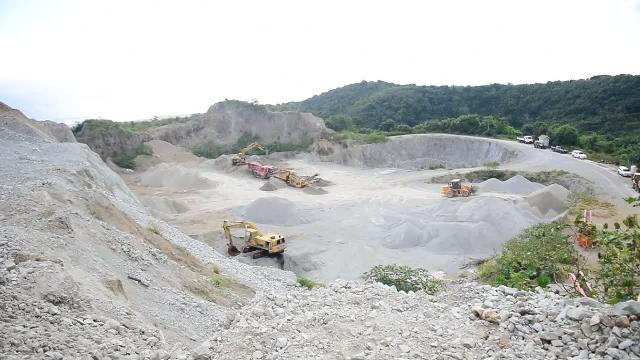 Mr. Jeffers said the upgrades at the quarry are not intended to compete with the private sector. He said it is simply taking care of the island’s resources and ensuring that all Nevisians could benefit from the material produced at the quarry.
The Minister explained that the corporation is already selling crushed stones and has already sold over 450 yards to a business entity in St. Kitts. They have so far approached various entities on Nevis to advertise that they are capable of supplying the necessary material needed for construction and masonry works.
“The NHLDC is in a position to offer material such as crushed stone, quarry sand, bedding material and rough base material as well.
“We have supplied the Public Works [Department], [Nevis] Water Department from the government side of it. We have also done significant business with the private sector and we want to continue to do so,” he said. 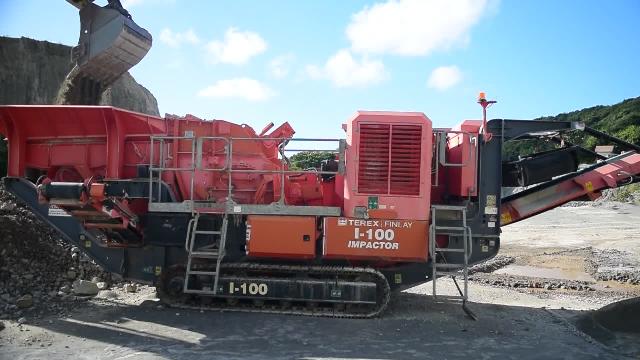 Mr. Jeffers expressed hope that in the long term, because of the reasonable prices at which the building material is being offered, it would help to maintain the cost of construction at the lowest possible rates and eventually end the importation of aggregates.

He said as the NHLDC continues to complement other quarries on Nevis, he believes they can sustain the local market, hence keeping the cost down because the material needed is being produced locally.
Meantime, Mr. Jeffers explained that the NHLDC had another reason for investing in the quarry. He noted that falling land sales had forced them to venture into other areas to generate revenue.
“We have not been able to realise the type of sales that we are accustomed to, through land sales, because most of the major tracts of lands that were available for sale are now depleted. There are other areas being sold but the land sale is not as robust as in the past,” he said. 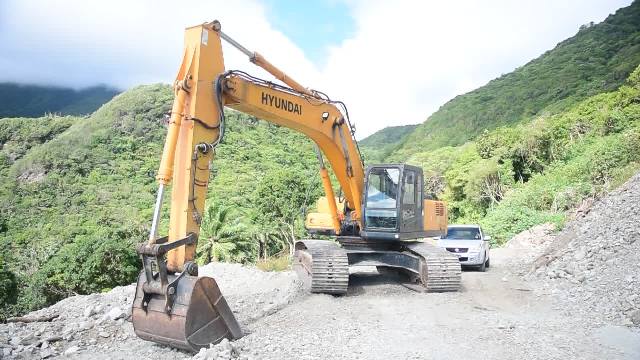 The Minister noted that while the corporation continues to construct affordable houses the returns are small. He said it was difficult to increase the cost on the lower to middle income earner on Nevis.
However, he said he was pleased with the investments which he believes will bear fruit.  He used the opportunity to urge members of the public to patronise the NHLDC.
“Call the NHLDC and get some knowledge as to what we offer and the prices that we offer and I can assure you that the prices are very competitive and that is what the government should do.
“We are here to provide a service and some products at a reasonable price so that the entire Nevisian public can benefit,” he said.