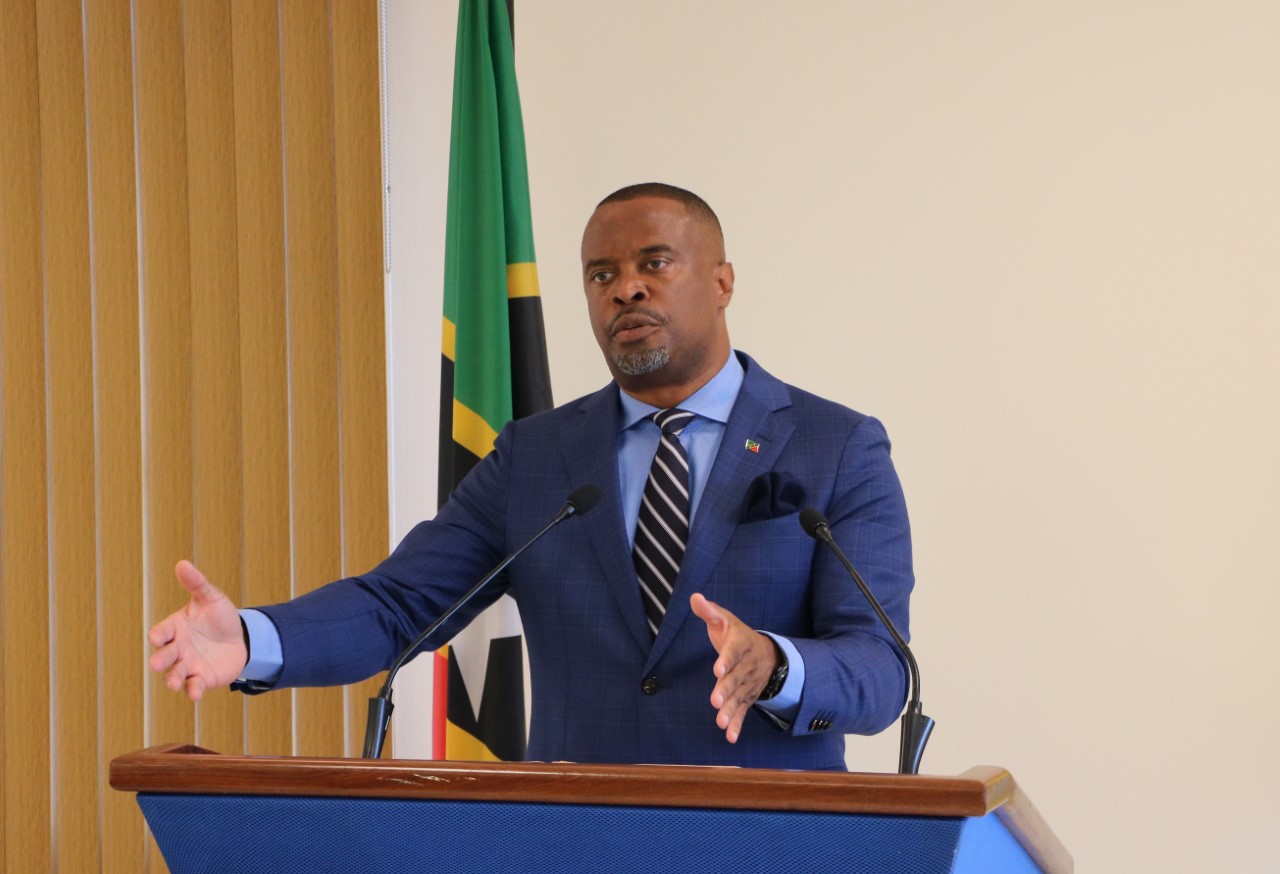 Hon. Mark Brantley, Premier of Nevis and Minister of Finance in the Nevis Island Administration at his monthly press conference on September 22, 2020, in Cabinet Room at Pinney’s Estate

NIA CHARLESTOWN NEVIS (September 24, 2020) – Hon. Mark Brantley, Premier of Nevis and Minister of Finance in the Nevis Island Administration (NIA) is assuring that the government remains committed to paying workers’ salaries, even as it undertakes expenditure cut backs.

During his monthly press conference on September 22, 2020, Premier Brantley noted that the COVID-19 pandemic has severely impacted the Nevis economy, due to the shut down of tourism, the island’s main revenue and employment engine, for several months.

He said despite a significant drop off in the NIA’s revenue, paying civil servants remains its priority with respect to allocation of limited resources.

“Our revenue continues to plummet and these months have not been easy. I believe the good people in the Ministry of Finance will say that every month, that is the first question, ‘Are we able to satisfy our obligations to our workers?’ Once that is done, we then look at other things.

“We are grateful to God that we have thus far been able to maintain that commitment, but we continue to look to see what we can do to curb and control expenditure,” he said.

Premier Brantley outlined some of the cutbacks initiated by the NIA to ensure that its salary obligations are met.

“Revenues are simply not what we are accustomed to, and so this has forced us to look at expenditure to determine where savings can be achieved. We have already revisited some contractual arrangements to streamline the scope of regular payments from the Treasury…

“We have also, with immediate effect, directed that all overtime has to cease until we have an improvement in our financial condition. Third party arrangements with trucks, heavy equipment, and other such rentals will also be looked at and be subject to review,” he said.

The Premier stated that the financial difficulties being experienced by government as well as households call for collective belt tightening until the economy improves.

Against that backdrop, Mr. Brantley said his government is looking forward to the proposed re-opening of St. Kitts and Nevis’ borders, and the resumption of commercial travel and tourism activity.