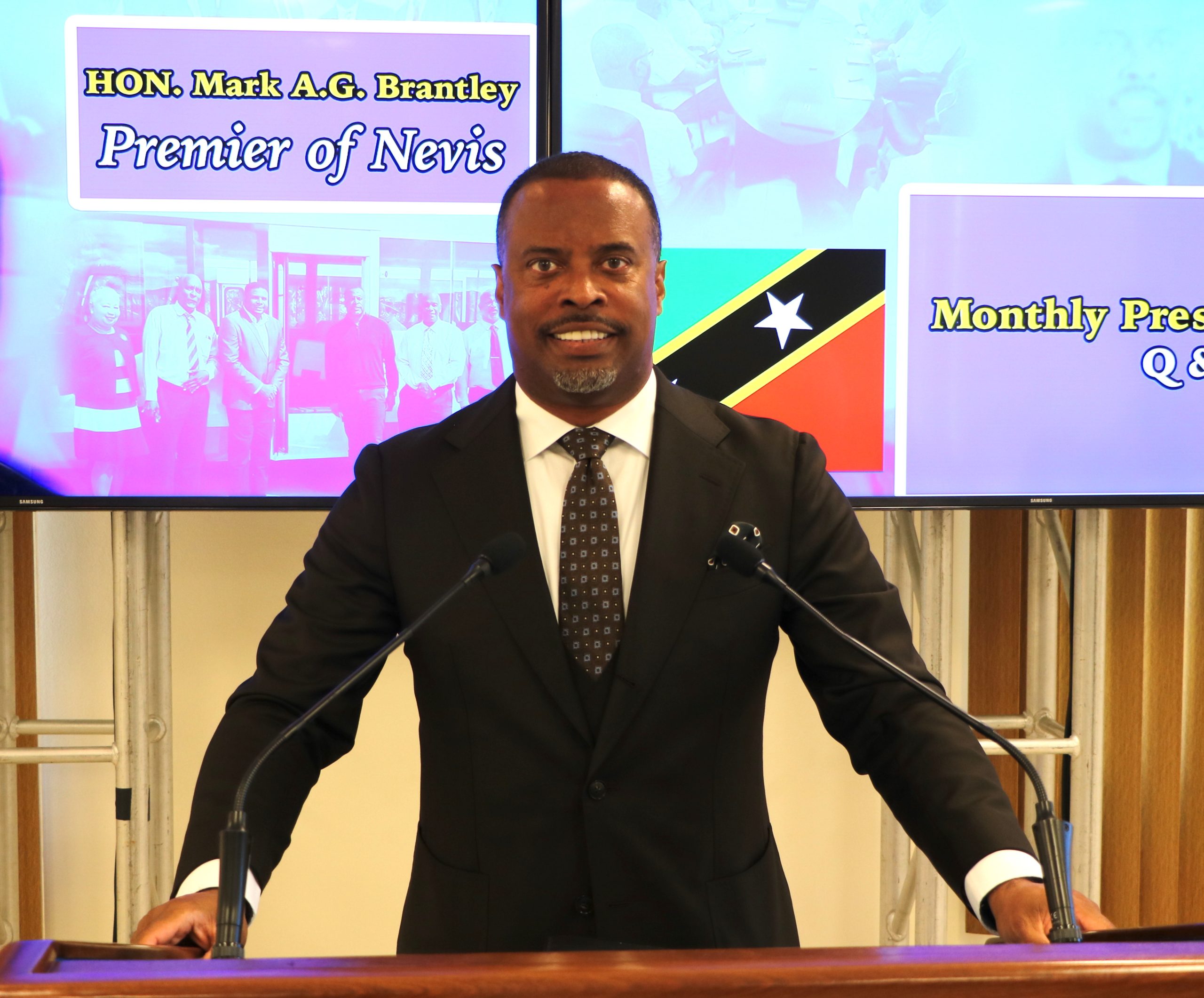 Premier Hon. Mark Brantley announces availability of more land for the people of Nevis during his monthly press conference on February 24, 2022

NIA CHARLESTOWN NEVIS (February 28, 2022)–The Nevis Island Administration (NIA) is sparing no effort to make more land available to the people of Nevis at an affordable rate.

Premier Hon. Mark Brantley announced that the government is making several parcels of land around the island available for residential and commercial development.

“Lots are being sold at Morgans’ Estate at $6 per square foot. We have also acquired six acres of land to be divided in Morden Estate, which I’m told is the Cane Garden area, and we are preparing the subdivision of lands opposite the Drag Strip [in St. James’] for leasing, for industrial and commercial use.

“We are also finalizing the purchase of I believe it’s close to 30 acres of land at Garner’s Estate which we also intend to subdivide and make available to our people.”

Mr. Brantley was at the time speaking at his monthly press conference on February 24, 2022. He explained that because most of the undeveloped land on Nevis is privately owned, the government has had to purchase land in order to make it available to ordinary citizens.

“You may ask why it is the Nevis government is purchasing land…The people of Nevis had traditionally owned their own land and so you will find there is lots of land, literally thousands of acres of land that is unoccupied and undeveloped but it’s in private hands. So in Nevis we have been forced to buy land as a government to then make that land available to our nationals. In fact, the two developments that are currently being undertaken at the instigation of Minister [Spencer] Brand, the area representative for St. Paul’s, one at Hamilton and the other at Upper Craddock Road, both were only made possible because we went out and bought land from private individuals to then do housing.

“It makes it far more expensive an undertaking because naturally we have to purchase the land and then do the housing as opposed to having the land already owned by the government where we can just develop housing. So that has been an issue for us but we have not shied away from our responsibility and we have acquired land,” he said.

Minister responsible for Land and Housing, Deputy Premier Hon. Alexis Jeffers, underscored the importance of providing the opportunity for citizens to own “a piece of the rock”. He said in addition to the benefits of home ownership, construction of residences creates widespread economic spinoff with respect to creating employment from the surveying and clearing stages to architectural designs, construction and landscaping.

He spoke to the housing revolution happening on the island where the NIA, through the Nevis Housing and Land Development Corporation (NHLDC), has seven housing developments underway at the same time with a total of over 100 lots.

Hon. Jeffers, who chairs the NHLDC Board of Directors, said this is a remarkable achievement taking into consideration it was undertaken despite the financial challenges faced as a result of the economic fallout from the COVID-19 pandemic.