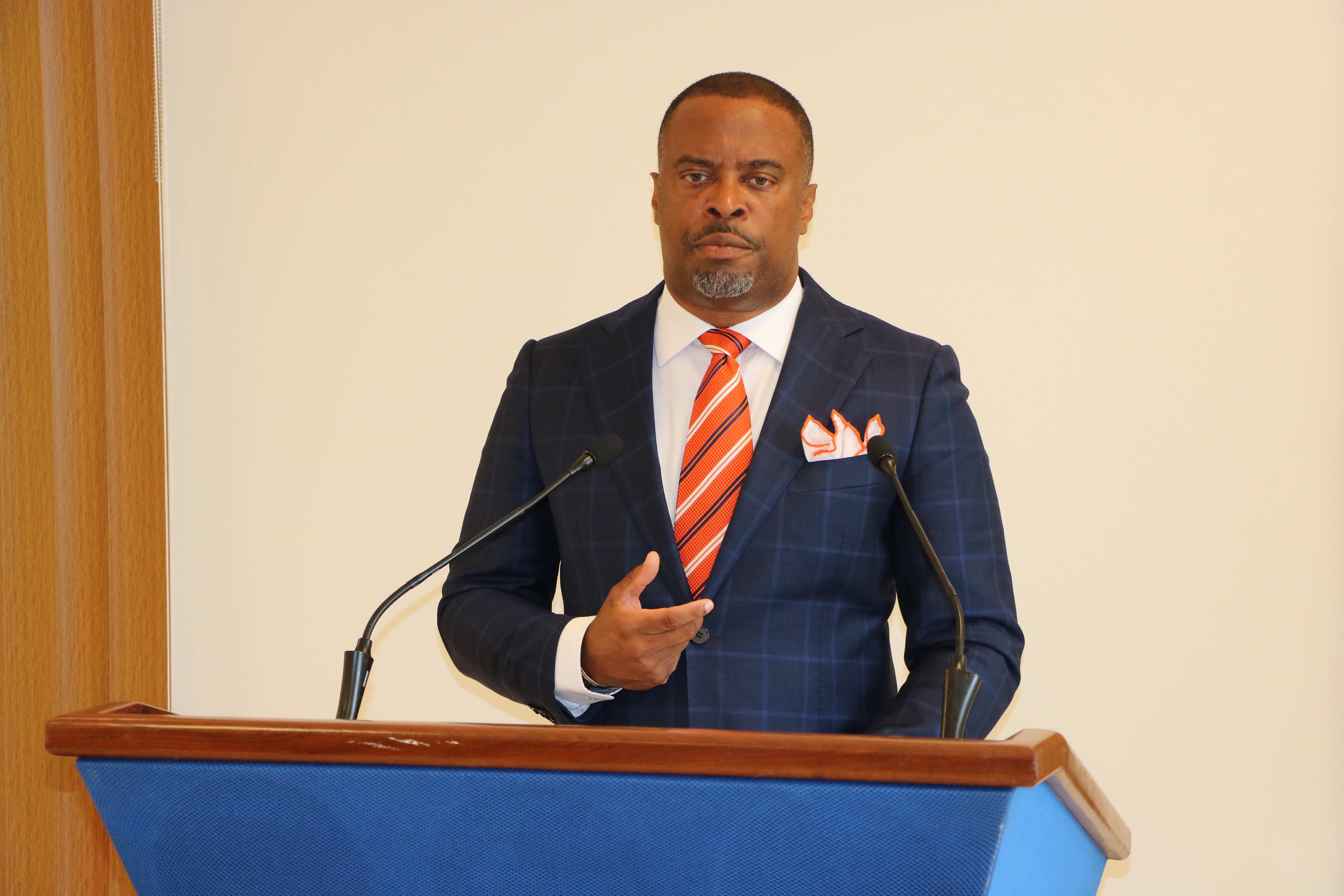 Hon. Mark Brantley Premier of Nevis and Minister of Finance and Human Resources in the Nevis Island Administration making a presentation at his monthly press conference in Cabinet Room at Pinney’s Estate on August 27, 2020

NIA CHARLESTOWN NEVIS (August 28, 2020) – Hon. Mark Brantley, Premier of Nevis and Minister of Finance, has announced that the government will soon begin implementing measures to reduce its expenditure.

Mr. Brantley, during his monthly press conference on August 27, 2020, revealed that the Inland Revenue Department had indicated that government revenue is down by almost 20 percent across the board, compared to this time in 2019.

He explained the drop in revenue has been as a result of the shutting down of the economy due to the COVID-19 pandemic. As a consequence of border closures around the world, tourism grounded to a halt since March 2020, negatively impacting the local economy which is heavily dependent on tourism to provide jobs and revenue.

Premier Brantley said, it has become necessary to limit discretionary spending, a demonstration that the NIA is being fiscally prudent in this unprecedented time.

“I just want to advise that the NIA will, over the course of the next few weeks, be looking to see where it can cut some cost.

“We are looking to see how we can cut the fat, so to speak, how we can reduce our monthly expenses as much as possible, so as to not exacerbate further our debt position on the island. Those spending that might not be critical we are seeking to avoid at this time until things improve.

Mr. Brantley, who also serves as Minister of Human Resources, assured that the government is not at this point considering any lay-offs or retrenchment of civil servants. He said the NIA is doing its best during the financial crisis to honour its commitment to its employees.

Approximately 60-65 percent of the NIA’s revenue is spent on the government’s wage bill and debt servicing.

The premier noted that Nevis suffers from the perennial problem that exists throughout the region where its wage bill is very high, since the government provides employment.

Mr. Brantley did not reveal any specific cost-cutting measures during his engagement with the press. He said however, that persons would hear more about the cutbacks in government spending in the near future, but was just alerting everyone about the impending exercise.