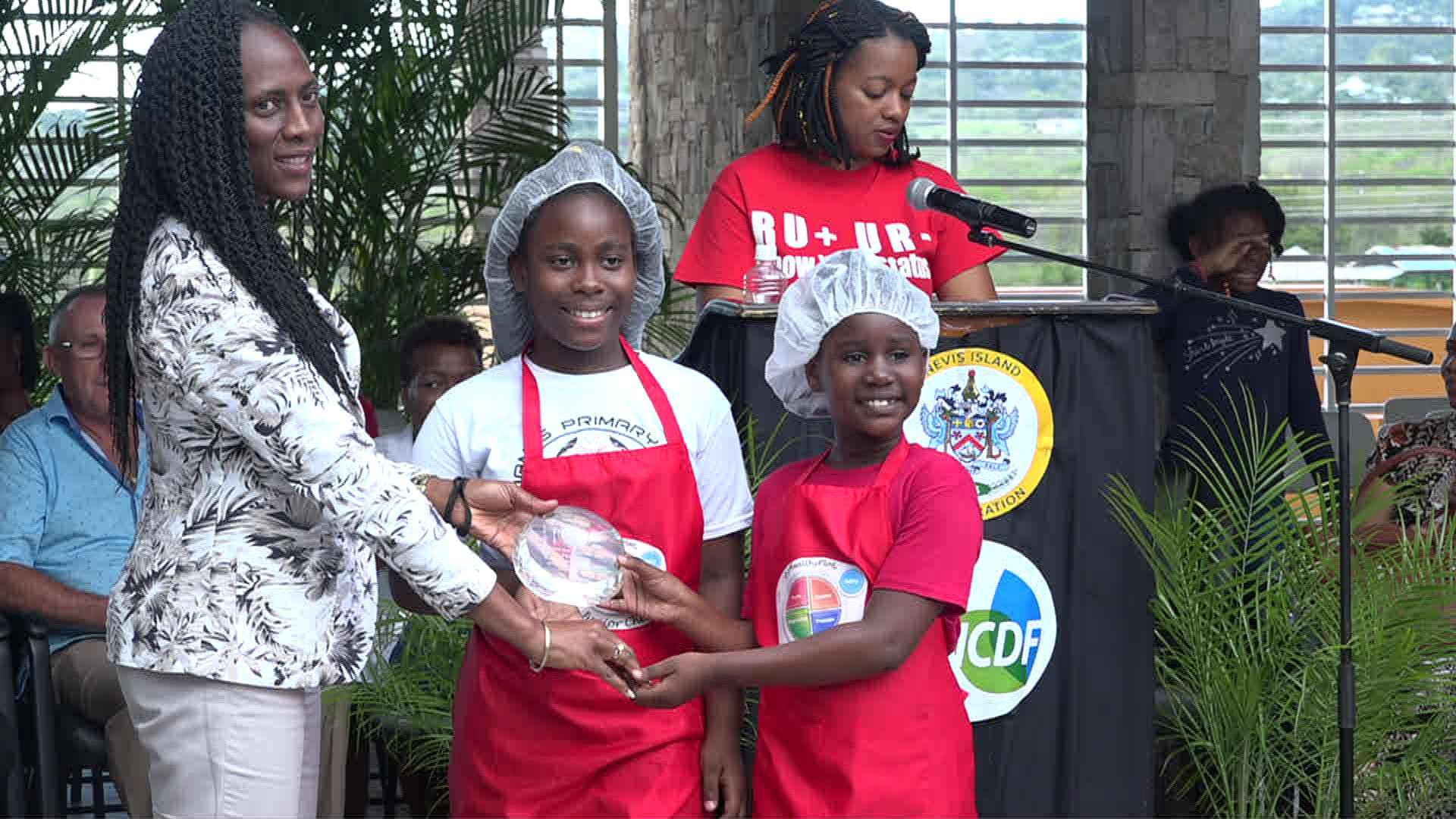 NIA CHARLESTOWN NEVIS (April 17, 2019) — A Ministry of Health official says the first MyHealthyPlate Junior Chef Competition was successful and  she is urging the competitors to encourage their classmates to eat healthy moving forward.

Mrs. Nadine Carty-Caines, Programme Coordinator of the Health Promotion Unit (HPU) in the Ministry, told the Department of Information on April 17, 2019 that the event, which was hosted in partnership with the Ministries of Education and Agriculture and the Taiwan ICDF, and keenly contested by nine primary schools on Nevis, had met the unit’s expectations.

“They were a brave bunch who took the challenge of preparing the dishes and their excitement, concentration and intensity expressed their commitment to the task at hand. They were very professional on the day of competition, and I would like to say congratulations to all for participating and to encourage their classmates at their schools to eat healthy.

“The contest was a great success…The objectives were met as the children were exposed to the educational sessions in the first quarter which covered Food Groups. The importance of a healthy meal was clearly demonstrated at the contest, and the ability to take the information and create a healthy dish was achieved,” she said.

Mrs. Caines pointed to the level of support received in every aspect of the competition and registered the HPU’s gratitude.

“The support of the schools, parents, chaperones, sponsors and the audience on that day was amazing.  We at the Health Promotion Unit are truly grateful for the support from all who assisted in making this competition a success.

“We thank everyone and we look forward to the second hosting of the MyHealthyPlate Junior Chef Competition in 2020,” she said.

The contest was the culmination of the MyHealthyPlate programme which teaches primary school students how to maintain a healthy lifestyle by developing healthy eating habits at an early age.

Each of the nine schools participating were represented by two Grade 4 students. The other participating schools were the St. Thomas’ Primary School, the Cecele Browne Integrated School, Maude Crosse Preparatory School and Montesorri Academy.