According to Mr. Powell, the Public Works Department (PWD) continued to be stretched by the demands of unscheduled maintenance of some Government Schools.

“There are times when as soon as we complete repairs on some government schools, some misguided children promptly destroy or disfigure the same or another part of the building or furniture.

“The time has come when we ought to consider holding parents responsible for paying for the damages cause by their children. That is what happens in other islands, we in Nevis must shift this burden on the shoulders of the offenders instead of the government. Certainly we can no longer turn a blind eye to vandalism nor can we ignore the destruction of government property,” he stressed.

The Minister publicly praised the PWD team for their achievements and noted that many of their projects had helped to reduce the huge cost of rental space for government offices.

Mr. Powell also served notice that the NIA would re-examine all its rental arrangements to ensure that it was getting the best space available at the best prices and those considered no longer cost effective would be discontinued.

Notwithstanding, he listed a number of other projects the PWD were involved in that were either completed or were in the process of designing. 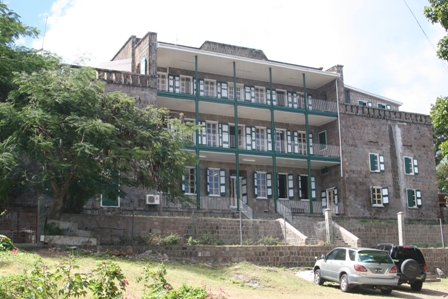 Mr. Powell also spoke to works the PWD had undertaken with regard to the restoration of the historic Bath Hotel to its former glory.

“This marvellous piece of architecture and magnificent historical site is where the office of the Premier is located. From a building falling apart it’s now a building that stands apart,” he said.