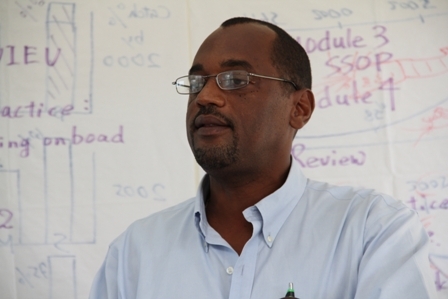 He made the comment at the opening ceremony of a two-day workshop on “Fisheries Quality Control” sponsored by the Department of Fisheries (NIA) and the Japanese International Cooperation Agency (JICA). It was held at the Ministry’s Prospect conference room on January 11, 2012.

Dr. Daly urged participants who came from Nevis and St. Kitts, that as they moved forward in support of the growth and expansion of the Fisheries Sector, they should do so with a clear mind and commitment of purpose rather than cut corners, citing it only took one bad incident to disrupt the entire system.

The Permanent Secretary also spoke to the importance of the workshop noted that common sense dictated that the methods and practices which governed food security a decade ago were in need of upgrading in today’s world. 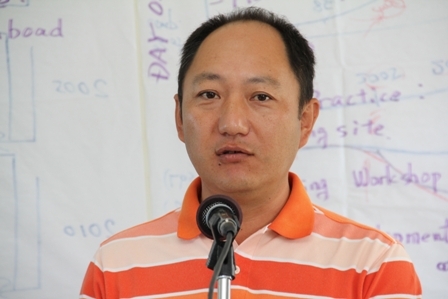 However, he lauded those who contributed and continued to work in the Fisheries Industry.

“Let me state clearly that you have done a great job. Issues of food safety have been largely minimal. This workshop is not about highlighting any deficiencies in the system but rather to improving on the strengths that have kept our fishing supply safe for a very long time,” he said.

Dr. Daly added that as the demand for seafood and related value added products increased, those in the industry had to be vigilant and not cut corners on the safety of products they produced and marketed. He said all links in that food supply chain had to be strong, traceable and verifiable. 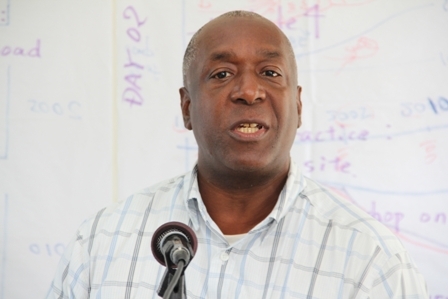 He further explained that all Fishers, processors, vendors, distributors and consumers should become knowledgeable and exercise compliance with the regulations and food handling practices which governed the Industry.

“The traditional fishing of running out and returning in a couple of hours is fast disappearing. Long range boats and the growing numbers of sport fishers dictate that trips must now be provisioned with ice and coolers, to ensure not only freshness but safety of the catch.

“The practise of street vending uniced or unrefrigerated fish must be discouraged. We must move to a higher standard, a safer standard… So let us go forward from this point on, to ensure that we protect the population and make sure that the fish we do sell are the best quality fish anywhere in the Caribbean,” he stressed.

Dr. Daly also used the opportunity update the status of a Fisheries Centre project for Charlestown funded by the Japanese Government. 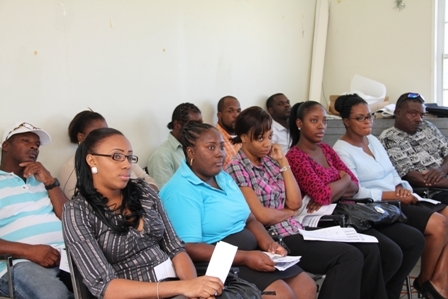 “Tomorrow the 12th we will have a visit from persons from JICA, Japan to sort out the last of the issues concerning the land acquisition. I am hoping that by tomorrow’s visit everything will be settled. If that be the case, the project is scheduled to break ground, I assume, by midyear this year. We were supposed to start by March but we had some lingering issues we had to sort out so by June of this year we should start seeing evidence of the ground breaking occurring.

“I think it is important that with this new Fisheries Complex coming to Charlestown, that this training comes in a timely manner because we certainly don’t want to transfer less than good practices to the new facility, where much more will be required in terms of fish processing and handling,” he concluded.

Meantime, Marine Biologist, JICA Expert who facilitated the workshop Mr. Mitsuhiro Ishida, in his overview of the training course told the participants that at the end of the two-day event, they would be better placed to utilise the new Fisheries Complex.

“We will cover quality control from the designing of your new Fisheries Complex in Charlestown to the personal hygiene using the model one to four step by step. [It will also include] the fish handling on the boat and also hygiene issues from catch to the consumer. I believe that it will help your basic knowledge and also future activities especially proper designing of the complex… 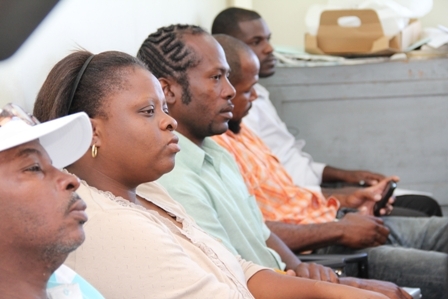 Mr. Ishida was accompanied by Senior Fisheries Officer with the Fisheries Division in Dominica Mr. Norman Norris who in brief remarks noted that they had been working very closely with the Departments of Fisheries in St. Kitts and in Nevis.

He said he had already visited Nevis on several occasions to share the accomplishments of the Dominica Fisheries Division with persons involved in the local Fisheries Sector.