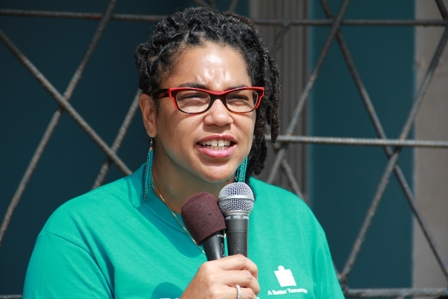 An impassioned Mrs. Gresham-Jones, who was the featured speaker, said the time had come for child abuse to end. The matter was clearly a burning issue for her which was captured in this year’s Child Month theme “Act Now, Break the Silence, Stop Child Abuse”. She said as the children’s guardian, they had to come together to safeguard the future of Nevis. 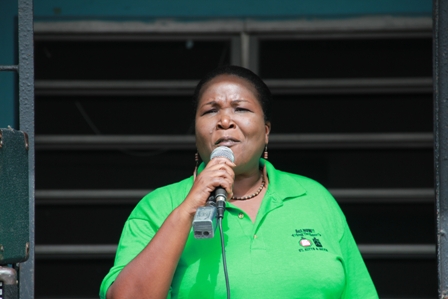 Mrs. Hallima Gresham-Jones called on all to stop the hatred, crimes and gun violence and urged them to put their adult difference aside, come together to take the communities back.

“Nevis is the Queen of the Caribbean. We are the guardian angels for the children and we must stand together to make sure that our babies are safe. No more sexually abused children in Nevis. I don’t want to go take another child to the hospital; I don’t want to see another vaginal tear in a two year old child, enough!

“Don’t be scared! Don’t hate on one another, don’t listen to idle chit chat and negga business alright! Come together. If we can agree on one thing, let’s agree on the safety of the children. God bless you, let’s work, let’s do this,” she said. 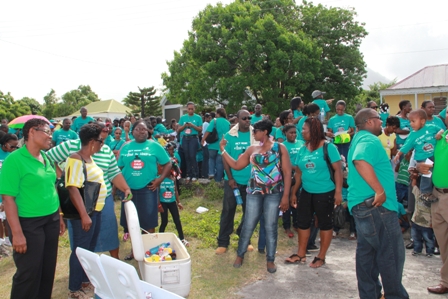 Meantime, Permanent Secretary in the Ministry of Education on Nevis Mrs. Lornette Queeley-Connor said she welcomed the show of support for the pre school students.

“I welcome you in the commitment that you are demonstrating here this morning. I am pleased to see such large numbers and it tells me a lot. It tells me that after today, when we would have pledged to act now to break the silence and to stop child abuse, that we will be serious with our commitment,” she said.

“I want you as parents to remember that child abuse takes many different forms and it is not just about hitting a child. It is also about walking away from your child and usually at this stage we know that you support your children very, very much but by the time they get to primary school and high school, we forget them. That also is child abuse so we have to be careful. 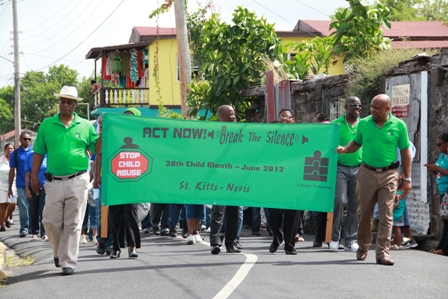