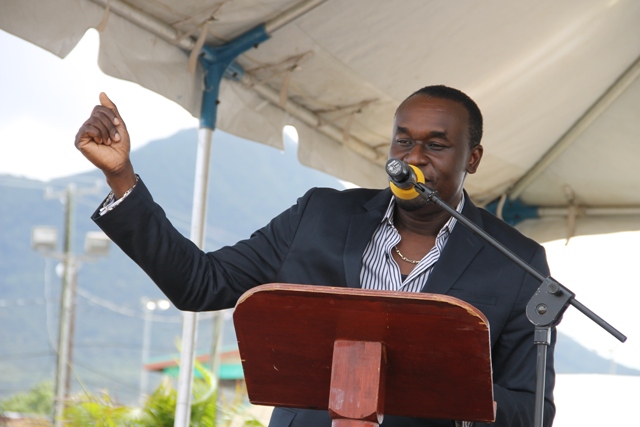 Chairman and CEO of TEMPO Networks, LLC Frederick Morton Jr. announcing the network’s partnership with the Nevis Island Administration’s Ministry of Agriculture at the 20th Annual Agriculture Open Day hosted at the Charlestown Villa Grounds on March 27, 2014
NIA Charlestown Nevis (April 3, 2014) – The Department of Agriculture and TEMPO Networks, LLC have formed a partnership to showcase agriculture on Nevis through “Agriculture In Style,” a television programme slated to begin airing on TEMPO Networks, LLC in May and continue to the end of this year.
Chairperson and Chief Executive Officer (CEO) of TEMPO Networks, LLC, Frederick Morton Jr., made the announcement while addressing the audience at the opening ceremony for the Ministry of Agriculture’s 20th Annual Open Day at the Charlestown Villa Grounds on March 27, 2014.
“We’re going to investigate, highlight, market and promote all those wonderful things from crop production to value added, creating things that create other things…We’re getting ready to go into production and you’re going to be seeing on TEMPO all that is great about agriculture in Nevis,” he said.
As a part of the television series, Morton stated that the programme will also showcase local farmers William and Emontine Thompson, the patrons of the 2014 Agriculture Open Day celebrations.
“I want to encourage and put the force of my network behind agriculture here in Nevis and with this agreement that we have we are going to do just that …In the next several weeks stay tuned. Tune in to TEMPO. You’re going to be seeing all these fine and wonderful things about…the island of Nevis and about its wonderful contribution to agriculture in the Caribbean….We’re going to be highlighting the farmers, too, the honourees,” he said. 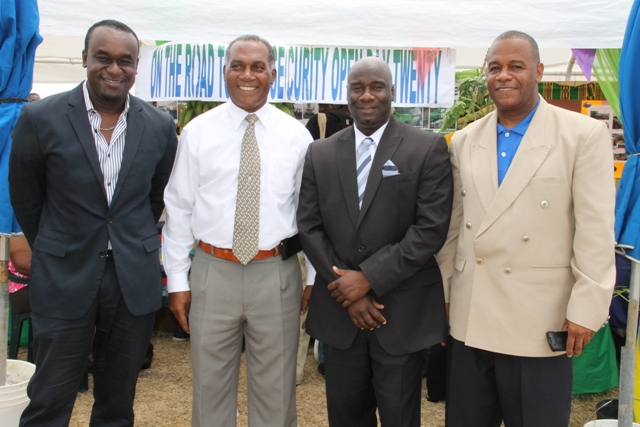 Minister of Agriculture Alexis Jeffers said he regards the new partnership with TEMPO Networks, LLC as a way of changing agriculture on Nevis.
“We just heard a while ago about the partnership that we believe will change the face of agriculture here on the island of Nevis and throughout the region of course. Partnering with Tempo is a giant step in the right direction…All of these partnerships we do believe will go a long way in enhancing the agriculture industry here on the island,” he said.
Minister Jeffers expressed gratitude to Morton for embarking on this new partnership with the Nevis Island Administration and the Department of Agriculture.
“Please permit me at this point in time to express my Ministry’s and the government’s sincere thanks and gratitude to the Chairman and CEO Mr. Frederick Morton Jr., for deciding to partner with us,” he said.