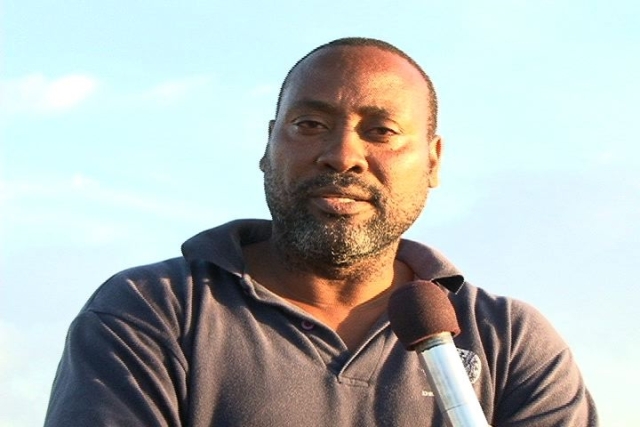 NIA-CHARLESTOWN NEVIS (October 19, 2011) — Head of the Task Force in the Royal St. Christopher and Nevis Police Force, Task Force, Nevis Division Inspector Wilkinson, urged members of the public who witnessed any crime to continue to come forward with the information to help nip crime in the bud.

His call came in an interview with the Department of Information late Tuesday afternoon on the scene of a drug (cannabis and 5,000 grams of cocaine) burning exercise at Long Point as a result of various exercises conducted over the last six months.

“We are in the process of destroying some drugs, a combination of cannabis and cocaine that have been taken off the streets in Nevis. Most of it from operations conducted directly by the Police, some of it from a combination of enterprising citizens who have come forward with information and assisted the police to rid the streets of criminal activities.

“We would like to thank these people and encourage more citizens, residents, visitors who witness crime to come forward and let the police know what they see, what they know, what they hear, whatever little information you can give will be vital and critical to solving some crimes and preventing others,” he said.

Inspector Wilkinson noted that although they have seen some reluctance on the part of some members of the public to divulge information, there was no decline in the number of persons willing to come forward with information. In fact he said most of their operations were directly related to information received and the more they received, the more crimes would be solved and the safer the country. 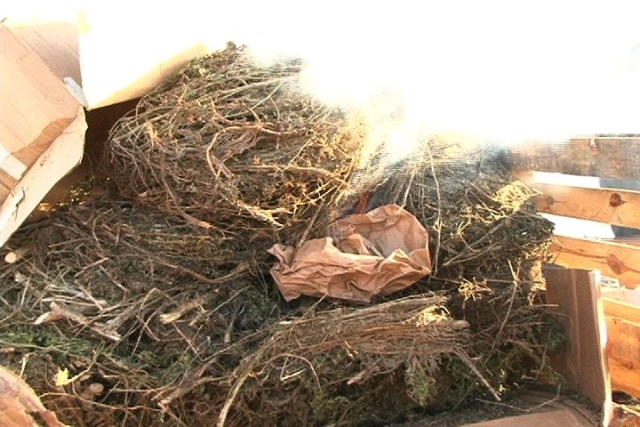 Regarding the incidences of crimes related to cannabis, the Senior Police Officer explained that there had been a constant number of persons taken before the Courts and issued a warning to those who continued to engage in the illegal activity.

“In recent time we have had persons going for Cultivation. I want to say that if you out there are engaged in planting cannabis, just imagine that the police is right there watching because we do watch and it’s like the lotto, if you are in it you’re going to win it.

“So we want to encourage persons to engage in gainful legitimate employment. It is easy to run in the hills and clear a patch and plant some weed. You may be successful for months, years but eventually if you continue we are going to find you and bring you to the Court,” he said.

Head of the Task Force in Nevis pointed to some of the stiff fines that had been meted out to perpetrators of crimes involving illegal drugs. He said most times persons found guilty of those crimes had fines imposed on them but others had not been as fortunate and were taken straight to prison.

He said he found it difficult to comprehend the reason why in these hard economic times persons were willing to go into illegal drugs just to get caught. 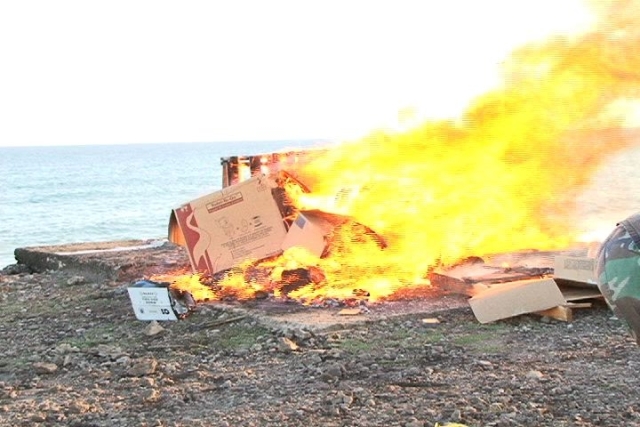 “In the most recent case we had fines up to $50,000 meted out to one person and that is a significant amount,” he said.

In response to a question regarding the type of cannabis they had been encountering on the streets, the Inspector said in recent times they had uncovered a lot of  locally produced cannabis or “home grown” as it was referred to.

He said word on the street was that most users of the illegal drug preferred to use the locally grown cannabis because they claimed that the imported marijuana had all kinds of chemicals in them to mask the scent so they used the local “weed”.