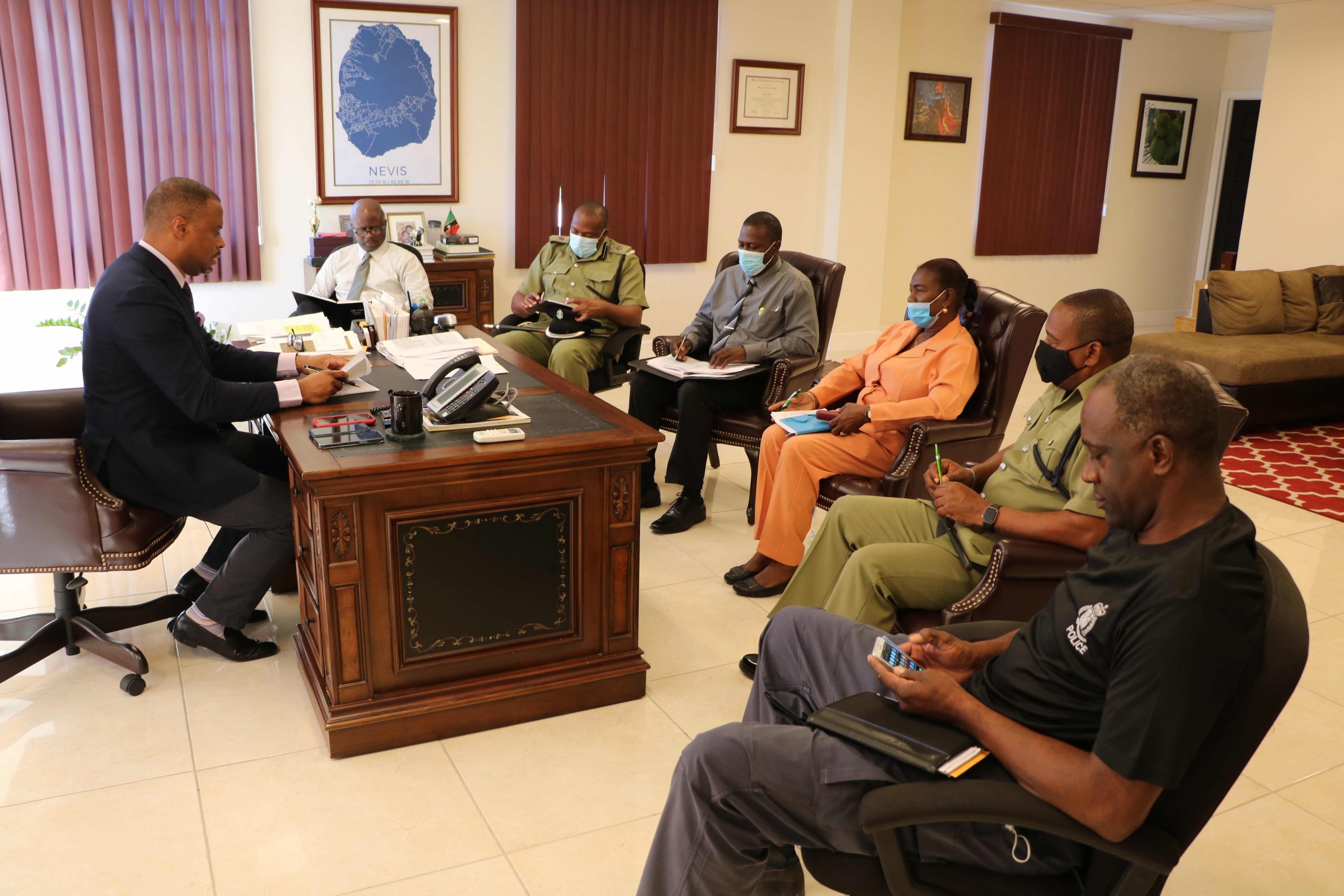 Premier Brantley said the meeting, held at the Office of the Premier at Pinney’s Estate, was the most recent of his weekly interactions with the Police leadership on Nevis.

“We’ve instituted a weekly meeting between the High Command of the Police Force so I can have regular indication of the security situation on the island.

“On Tuesday I was very pleased with the report that I received that there were no major crimes for the month of January, and so we are hopeful that the police can continue in this vein, and that we can continue to work together as a community to keep crime at the absolute lowest levels,” he said.

Mr. Brantley commended the efforts of the police in maintaining law and order on Nevis, and keeping citizens and residents safe.

“I would hope that in these regular interactions where we seek to find out from the police what the challenges are and how the NIA can help, that that will continue to be of great value to them and to the community,” he said.

The Premier also applauded members of the Nevisian community for their responsiveness and willingness to work with the police, and their general abhorrence to crime and criminality on the island.

“I believe we’ve always been a safe place and we would wish to be the safest in this Caribbean and in the world,” he said.

Superintendent David, who led the law enforcement entourage, said the regular briefings with the Premier allowed not only for crime updates, but also to inform on other policing matters and concerns.

“These meetings give the police the opportunity to apprise the Premier on the crime situation on Nevis, and also the activities and proactive policing measures that we are undertaking to achieve the objectives of the Division and Force as a whole, to make the island and federation as a whole as safe as possible,” he said.

The senior police officer stated that over the past month there had been a number of traffic accidents, incidences of larceny and some praedial larceny.

Superintendent David admonished members of the public to be mindful of their actions, reminding that those who engage in criminal activity will be prosecuted to the fullest extent of the law.