Sir Cuthbert, who was sworn in as the nation’s second Governor General since Independence and Knight Grand Cross of the Order of St. Michael and St. George on Jan 1, 1996, has called time on a distinguished career. At the time of his retirement he was the oldest Head of State in the Commonwealth.

The event took place at 9 am on the well- manicured Garden of Government House. 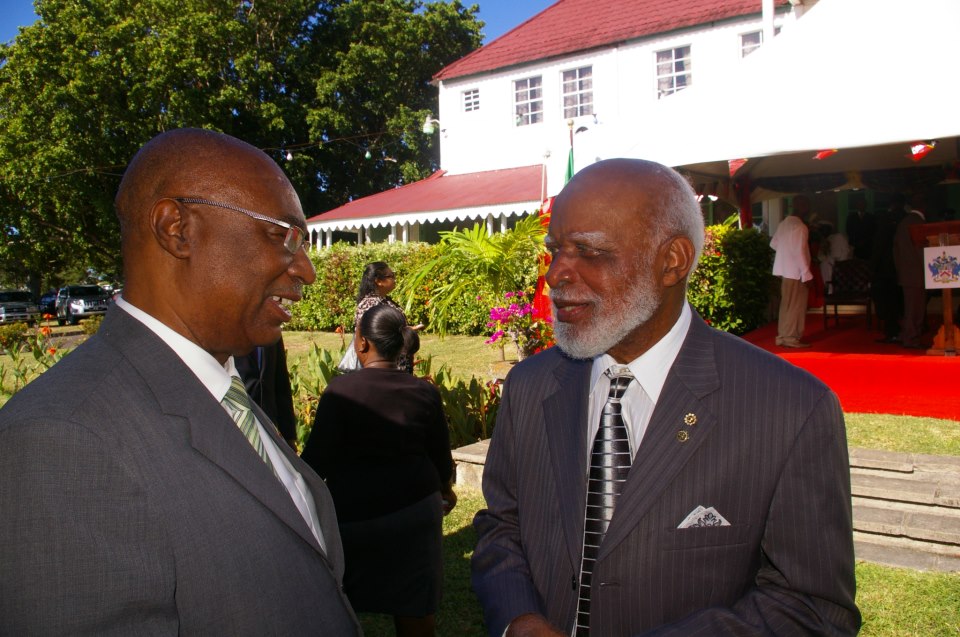 “Dr. Sir Cuthbert Sebastian has served the people of St. Kitts- Nevis well; not just as a Governor General, but as a teacher, military man, doctor and humanitarian,” said Premier Parry.

Meanwhile, Premier Parry told the Department of Information on Monday afternoon that Sir Edmund Lawrence who is the managing director of the St.Kitts – Nevis and Anguilla National Bank, the most successful indigenous bank in the OECS, will replace Sir Cuthbert Sebastian in a separate ceremony on Wednesday, January 2nd, 2013.

“I am familiar with the many works of Sir Edmund Lawrence, and he has set forth an illustrious career in Finance and Banking, and I know that he will be an outstanding Governor General for the people of St. Kitts – Nevis,” commented the Hon. Joseph Parry.