Responding to a female caller during the popular Tuesday morning radio programme,” In Touch with the Premier” the caller said that the Opposition party, the Concerned Citizens Movement (CCM) admitted that they had sent letters discouraging the Export Import (EX-IM) Bank  from assisting the Geothermal project going forward in Nevis.

“I am disappointed that any Nevisian, especially any politician who claims to love Nevis, would try to discourage any plans to develop a major programme like Geothermal on the island,” Premier Parry said.

The Hon. Joseph Parry and his Nevis Reformation Party (NRP)-led Administration had been working tirelessly in an effort to get geothermal energy on Nevis.

The Geothermal project on Nevis has received much applause regionally and internationally as the Nevis Island Administration continues with in its endeavor to develop with the natural energy resource. 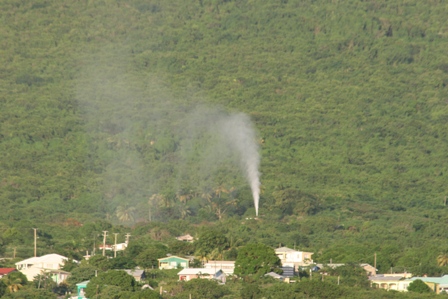 According to the Premier, due to a bad global recession, money had been difficult to obtain and assist with the way forward for geothermal energy on Nevis.

“I am very much committed to developing the island and serving the interests of all the residents of Nevis and I look forward to Geothermal becoming a reality on Nevis in the very near future,” the Hon. Joseph Parry said.

Mr. Parrys’ Nevis Reformation Party won a 2nd straight term in office at the polls one month ago  on July 11th, securing 3,757 votes, an increase of 863 over its level of support in 2006, when the party first won the reins of government.