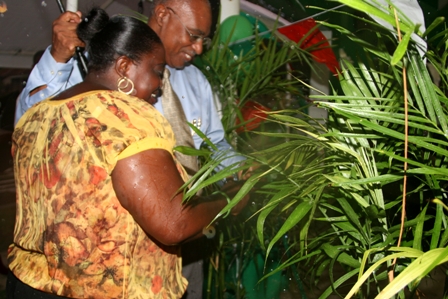 Premier of Nevis and Minister of Finance in the Nevis Island Administration (NIA) Hon. Joseph Parry will lead a delegation to Iceland from August 14, 2008, to observe geothermal operations there and is expected to return to Nevis on August 21.

He made the disclosure on August 08, 2008, while he delivered the feature address at a ceremony to mark the official opening of the Jessups, Barnes Ghaut and Cotton Ground road and also the handing over of a gazebo/bus stop at Five Turnings in Cotton Ground.

The visit follows an invitation extended to Premier Parry by the government and people of Iceland. He will be accompanied by Junior Minister in the Ministry of Communications, Works and Utilities, the Hon. Carlisle Powell and Permanent Secretary, Mr. Ernie Stapleton

While in Iceland, the Premier will pay a courtesy call on the Prime Minister of Iceland, Mr. Geir H. Haarde and then the delegation will meet with the
Premier of Nevis and Minister of Finance Hon. Joseph Parry
Icelandic Minister of Industry, Mr. Ossur Skqarphediinsson.  Visits will also be made to geothermal plants and educational institutions there. 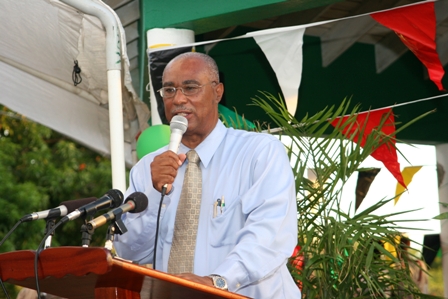 “I am visiting Iceland because it is considered the headquarters of geothermal. We are going there to get advice including technical assistance and to strengthen our negotiating team. Based on this trip, we will have a better idea of how to negotiate and earn maximum benefits for the people of Nevis.

“You have been told by some that an agreement was signed. Now, if an agreement was signed, I would not be going to Iceland,” Mr. Parry said.
The Premier also disclosed that on the delegation’s return to Nevis, a negotiating team will be established. It would consist of Permanent Secretary in the Ministry responsible for Natural
Premier Parry mingles with his contented constituents, moments after formally opened the Jessups, Barnes Ghaut and Cotton Ground road and handed over of a gazebo/bus stop, a gift from West Indies Power Nevis Ltd. at Five Turnings in Cotton Ground 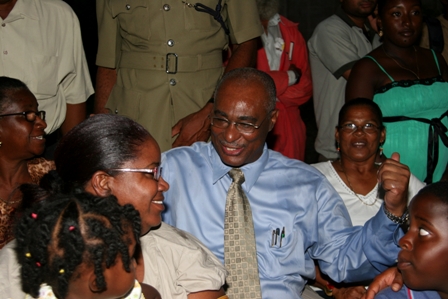 Resources and the Environment Mr. Ernie Stapleton, Legal Advisor to the NIA, Mr. Patrice Nisbett, an adviser from the Organization of American States (OAS), a United Nations Development Programme (UNDP) representative, a QC from England, an experienced financial analyst and a representative from the Iceland geothermal industry.

Mr. Parry explained that when geothermal power became a reality in Nevis, the cost of heating, lighting and cooling would be reduced.

“By next year, the cost of living should come down. By the end of next year we [NIA] should be able to do something to ease the burden with the assistance of geothermal [energy],” he said.

Unlike fossil fuels, geothermal energy does not attract any fuel surcharge.