The exhibition, which was geared towards creating public awareness, formed part of activities to mark the 14th annual OECS Ministers of Environment meeting which was held on October 19th and 20th at the Mount Nevis Hotel.

Fontenarde, who was of the view that students played a vital role in environmental management, said it was important to educate them [students] at an early age “because they help to spread the word and create the type of awareness [that is] required across the OECS.”

The OPAL project, which is funded by the World Bank with assistance from the Organisation of American States [OAS] and the French government, is a $7.5 million project that started in December 2004. It sought to use protected areas to create biodiversity conservation. 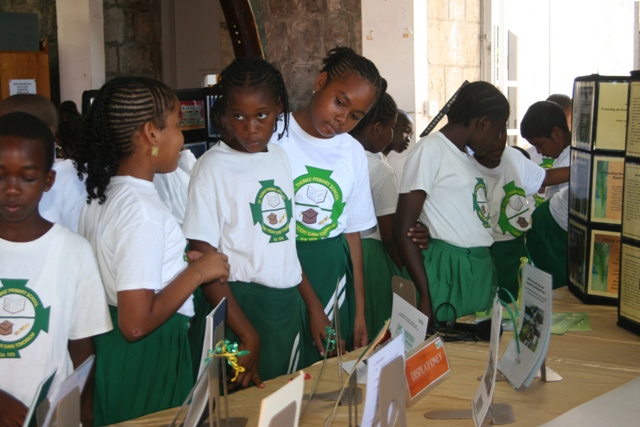 “It [the OPAL project] was supposed to be a five year project. We had an original deadline to stop that project at the end of April but we’ve been given an extension until July 2011.

“Some of the components deal with helping to develop national institutions, national frameworks to make sure that protected areas are established and developed and managed well. Some of them deal with capacity building where we strengthen the skills of people in member states who manage protected areas etc and then we do some awareness of protected areas generally in the OECS as well,” Fontenarde said.