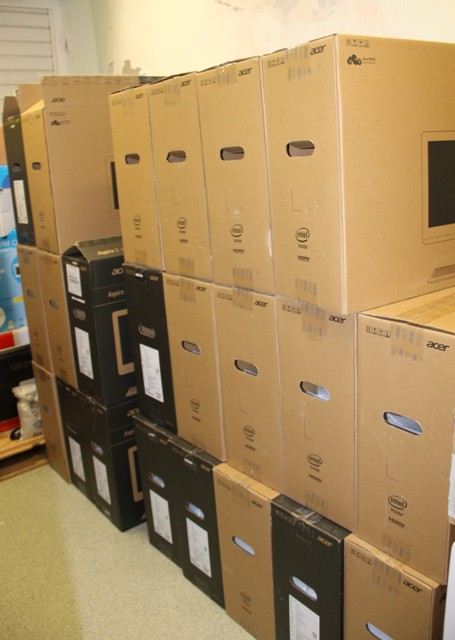 According to the ambassador, the computers will be used for technology development at the Alexandra Hospital, in an e-Hospital project that would transform the delivery of health care there.
The ambassador noted that the project would eliminate paper work which would be replaced with a barcode hospital card. It would provide medical professionals with the up-to-date electronic medical record of patients who visit the hospital.
He said the collaborative venture would place the Alexandra Hospital among the first few hospitals in the region, dedicated to merging technology and public health in line with the Organisation of Eastern Caribbean States’ (OECS) standards and policies.
Ambassador Chiou also expressed hope that the project will would be linked to the main hospital in St. Kitts.
“With this system, we hope the Alexandra Hospital will merge with the development of the hospital in St. Kitts and both islands will have the same efficient systems while the patients enjoy the same service,” he said. 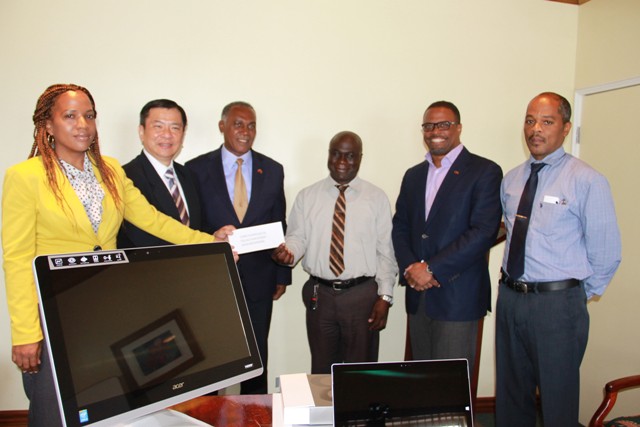 The Ambassador  was accompanied by Consular at the Embassy of the Republic of China (Taiwan) based in Basseterre Davis Y. T. Yu and  JoAnna Huang, Project Manager of the Caribbean Regional ICT Project in St. Kitts and Nevis.