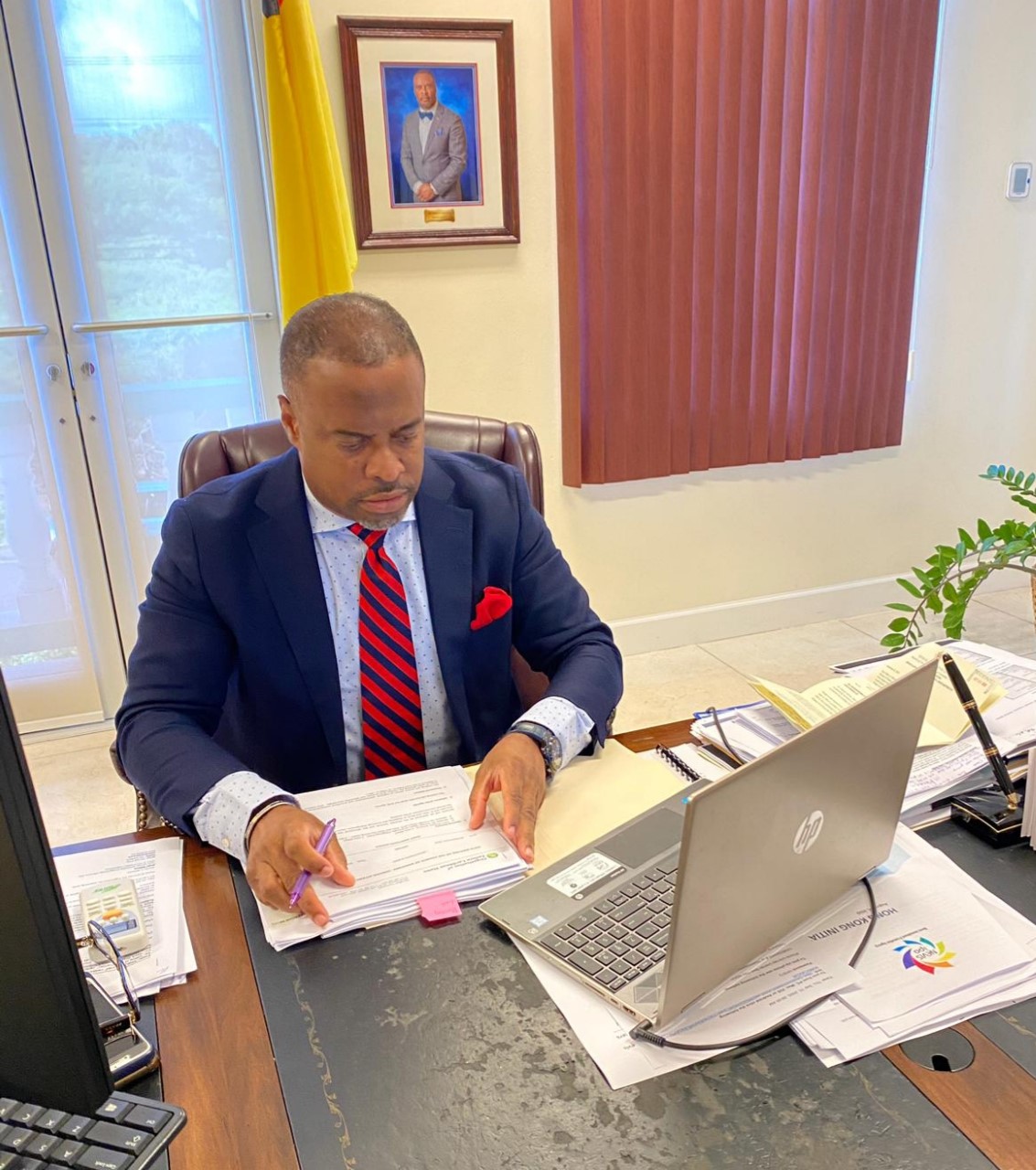 Hon. Mark Brantley, Minister of Foreign Affairs and Premier of Nevis, Chairman of the Sixth Meeting of the Organisation of Eastern Caribbean Council of Ministers Foreign Affairs held virtually on September 10, 2020

Mr. Brantley, who is also the Premier of Nevis, spoke to the importance of the virtual interface of the region’s top Organisation of Eastern Caribbean States (OECS) diplomats.

“Effective diplomacy requires us to continually engage with our regional colleagues to determine common interests and common positions so that we stand united on critical issues impacting our region and our world.

“As a subset of the smaller countries of the Caribbean region, a coordinated approach to our diplomacy in the OECS affords us a much stronger position than we would have individually,” he said.

The COMFA meeting will consider key developments in Europe and their impact on the OECS region, certain trade and bilateral relationships between the OECS and third countries, and the impact of COVID-19 on OECS diplomatic efforts.

The meeting will also consider the continued engagement and expansion of relations with Africa and joint diplomatic representation by OECS countries to third countries.

The council meeting follows St. Kitts and Nevis’ recent elevation to the chairmanship taking over from Grenada.