Although held in Ms. Williams’ honour, the ceremony recognised the accomplishments of local students who had excelled in 2011. Ms. Shinel Dore, who received the best Caribbean Advanced Proficiency Examination [CAPE] results, read a passage of scripture. Belle Vue International Primary School student Recardoé Rodriques read the honouree’s profile and accomplished athlete Adrian Williams joined Area Representative for the St. Paul’s Parish, the Honourable E. Robelto Hector, in presenting awards to Ms. Williams.
The Christmas-themed event was punctuated with songs, a poem and a dance and [it] signaled the start of tree lighting ceremonies on Nevis. 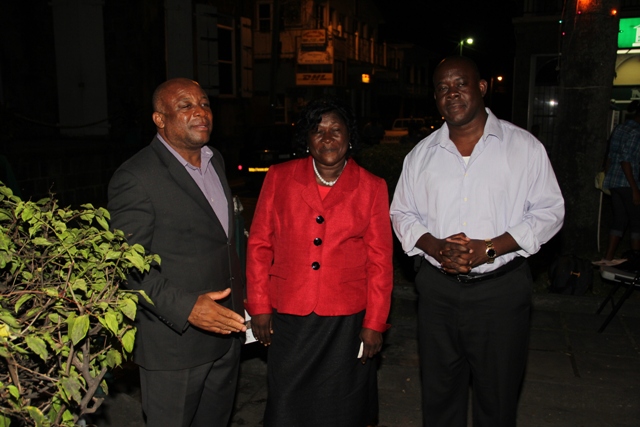 In a brief yet warm address in the capital city, Minister Hector expressed delight that the Government Road resident was selected to serve as patron.

Well-known, Ms. Williams has worked, for many years, as a vendor, both from her pickup truck at sporting and other recreational events and from her shop at Government Road.

In addition to congratulating the honouree, Minister Hector called on Nevisians to demonstrate unity, love and care “especially during the Christmas season” while adding that “the need to look after a fellow human being was far more important than any cultural or religious differences.” 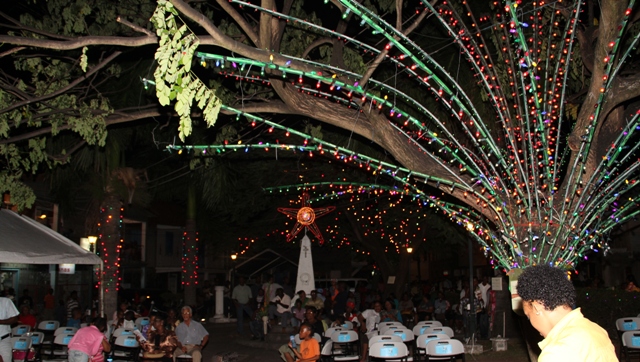 “Christmas, for most of us, [is] a time for a break from work, a time for family and friends, a time for sharing of gifts. We should not lose sight, however, of the fact that these are traditional celebrations surrounding a great religious festival: one of the most important in the Christian year,” Minister Hector explained.

The island’s Deputy Premier and Minister with responsibility for Social and Community Affairs, the Honourable Hensley Daniel, also spoke at last Thursday’s ceremony. He, like Area Representative Hector, called on Nevisians to show more love and care to their “neighbours.”

Among the other dignitaries present were President of the Nevis Island Assembly Mrs. Christine Springette and Permanent Secretary in the Ministry of Social Development Mr. Alsted Pemberton.