Teacher at the St. Thomas’ Primary School and chairperson of the awards ceremony Mr. Rohan Isles

NIA-CHARLESTOWN, NEVIS (February 4TH, 2011) — It was an evening of poetry, dance, award presentations and speeches, last Saturday [Jan. 29], when past and present teachers, principals, students and school supporters gathered at the Occasions Events Centre for an awards ceremony and dinner to mark the 40th anniversary of the St. Thomas’ Primary School [STPS].

The ceremony, hosted by Area Representative for the St. Thomas’ Parish the Honourable Joseph Parry recognised “the outstanding contribution of the men and women who would have served and continue to serve at the school.”

STPS, described as a “great institution” by teacher Mr. Rohan Isles hosted a number of activities, as part of its anniversary celebration, throughout the month of January. The activities included an anniversary service, a quiz competition and a talent show dubbed “St. Thomas’ got talent.” 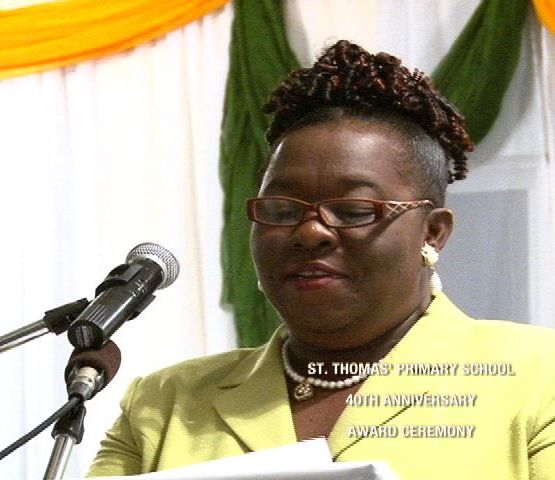 Those beliefs he added, were synonymous with the ideals of Nevis’ premier primary institution: the St. Thomas’ Primary School.

In her remarks, the school’s principal, Ms. Norlene Smithen, said she was “profoundly grateful” that “many individuals would have worked consistently and gone above and beyond the call of duty to ensure that the school produced productive citizens” adding that “the pivotal role they played was essential to the success of the institution” which she described as remarkable and chairperson Isles described as magnificent.

“The principals could not however do it alone,” Ms. Smithen said, adding that “the most qualified, hardworking, energetic and devoted teachers were selected to teach the children of the St. Thomas’ community.” 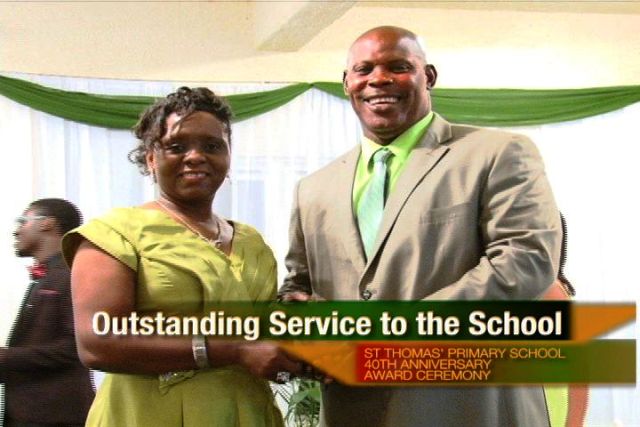 Principal Smithen expressed the view that “the backbone of the school is a very supportive community,” a community she credited for the school’s many successes.

In addition to the 29 awardees in the “outstanding service to the school” category, Ms. Smithen publicly recorded her appreciation to Mr. Parry who also holds the post of Nevis’ Premier and Minister of Education, permanent secretaries Ms. Angelica Elliott and Mr. Joseph Wiltshire, the immediate past Principal Education Officer [PEO] Mrs. Jennifer Hodge and her successor PEO Mrs. Lornette Queeley-Connor and other education officials Mrs. Avril Elliott and Dr. Bronte Gonsalves.

“They have provided expert supervision over the past decade and have rallied around the school consistently over the years through its successes and failures,” Ms. Smithen said.