Permanent Secretary (PS) in the Premier’s Ministry Wakely Daniel at the Nevis Teachers Union’s World Teachers Day Professional Development Session at the Nevis Performing Arts Centre on October 05, 2015
Permanent Secretary (PS) in the Premier’s Ministry Wakely Daniel says teachers are the architects of society and there can be no lasting growth of a society without them. He was at the time addressing teachers on Nevis at a Professional Development Session hosted by the Nevis Teachers Union (NTU), to mark World’s Teachers Day 2015.
The event was held at Nevis Performing Arts Centre (NEPAC) on October 05, 2015 under the theme “Empowering teachers, building sustainable societies”. Daniel told the teachers they were constant workers unlike government ministers who are considered short-termed workers. He reminded them of the Nevis Island Administration’s (NIA) commitment to support teachers. 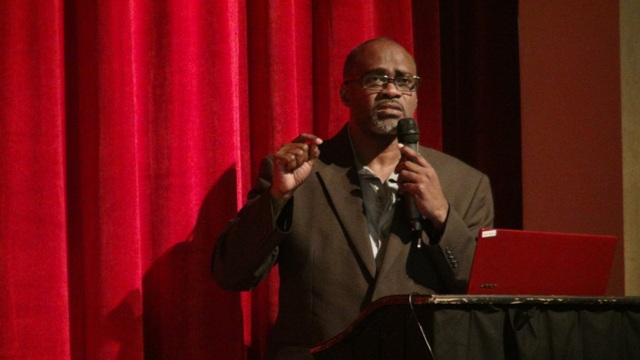 He told the educators that the developmental sessions are intended to enhance their awareness of their roles, responsibilities and rights within the classroom.
Retired Public Servant Douglas Wattley who was the key presenter, gave a comprehensive overview of the structure and management of the public service, to help teachers understand the system as it relates to them.
He said the Public Service which is the machinery of government, was created by the Cabinet and is managed by the Head of Public Service which chairs the Permanent Secretaries Committee and the Public Service Commission. 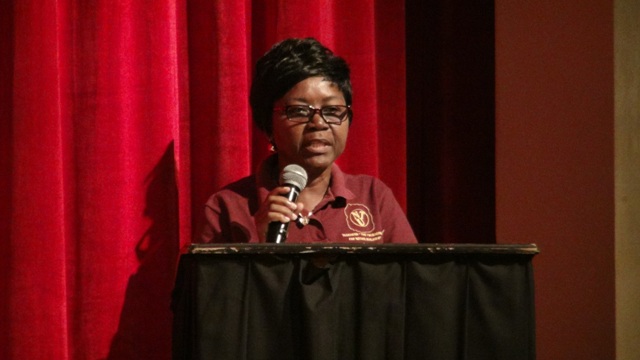 The Committee is responsible for the planning, implementation and effecting of solutions to the work of the public service. However, the Commission is the key organ responsible for managing the human resource in the areas of employment services, staff movement, employee relations and discipline within the public service.
Meantime, President of the NTU Ornette Webbe, in her introductory remarks announced that the Organisation was now in possession of a Lease Agreement for land at the Pinney’s Industrial Site which would be used for the construction of the proposed NTU headquarters.