The event, organised by the Nevis Air and Sea Ports Authority [NASPA], coincided with the inaugural call of the Saga Pearl II as part of Nevis’ cruise ship season.

In an interview with General Manager [GM] of NASPA Mr. Spencer Hanley, he expressed excitement that NASPA’s collaborative efforts with the Nevis Tourism Authority had boosted Nevis’ “land-based” tourism.

“Last year what we did and we have done it again this time is to do some giveaways so that persons who came onboard the cruise ship have an opportunity to win a prize of say [a] five nights, four-day stay of one of the hotels on Nevis and that would encourage them to come and stay overnight,” he said.

A major highlight of this year’s Marine Awareness Day was the cooking demonstration dubbed “a taste of Nevis” and facilitated by hotel employees. This, Mr. Hanley said, gave tourists an opportunity to “really experience a little bit of Nevis rather than just what is on the cruise ship itself.”

Since the inception of Marine Awareness Day in 2009, islands across the region have been “tinkering with a very similar idea,” Mr. Hanley explained as he commended the Nevisian community for “leading the way in the region.”

“I also happen to know that the O.E.C.S. has been tinkering with a product very similar to this. Perhaps we are the pioneer for these types of things. Someone said Nevis is the first with geothermal, the first with wind energy and now seemingly the first with bridging the gap between marine-tourism and agro linkages,” he added. 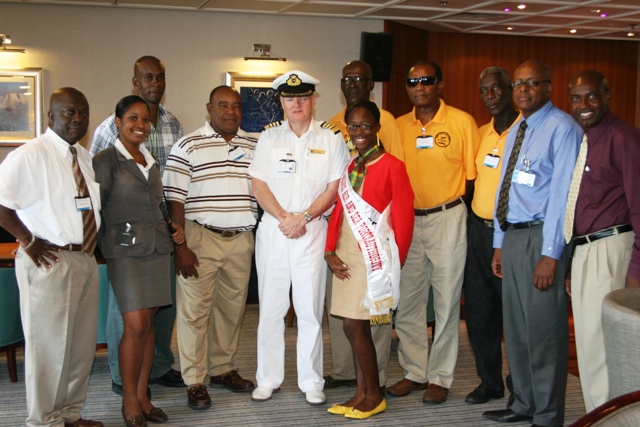 In an effort to excite the economy of Nevis, NASPA’s staff, together with its board of directors launched Marine Awareness Day.