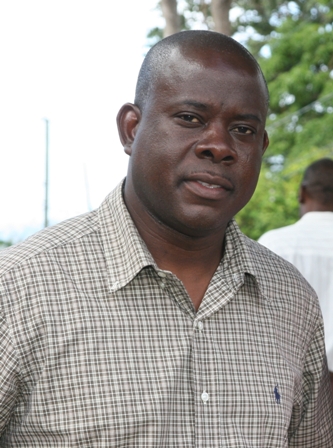 NIA-CHARLESTOWN NEVIS (February 23, 2011) — Minister of Agriculture on Nevis Hon. Robelto Hector, said he was satisfied with the state of agriculture on the island in 2010. He said energetic farmers, coupled with the government’s input was responsible for the strides made in agriculture in the last year.

The Minister was at the time on a four hour field visit on Monday to government owned produce and livestock farms and also those owned by private farmers. His first tour for the year, Mr. Hector had made it a regular activity on his calendar of events to meet with farmers throughout the island on their plantations and tour those owned by the Department of Agriculture.

At the end of his tour he said despite the unpredictable weather patterns in 2010 which had affected land preparation, there was success which would be on display for all to see at the upcoming annual Agriculture Open Day, the chief activity hosted by the Department of Agriculture.

“I recognise that we had some heavy showers last year. I know Dr. Daly (Permanent Secretary, Ministry of Agriculture) indicated to me that we were having problems with land preparation as a result.

“I was a bit concerned and worried as to what our Open Day would be like but I can say to the general public, having done this tour today, I am indeed satisfied that we would have a good Open Day in terms of our exhibits in terms of our farmer participation in terms of what the Department and Ministry is doing,” he said.

The Minister continued to laud the efforts of the Department of Agriculture and referred to its trend setting efforts. The most recent he said was their novel ideas with regard to land space and the use of technology to satisfy the demand for food production on the island.

Notwithstanding, he registered his satisfaction with the rate of consumption of locally produced items the evidence of which he said was obvious. 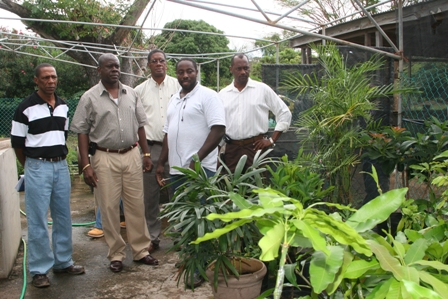 Agricultural Officer at the Prospect Experimental Station Mr. Floyd Liburd (front) shows Minister of Agriculture Hon Robelto Hector (second from left) with other top officials around the green house. (Extreme left) Chief Extension Officer Mr. Walcott James, (back centre Director of Agriculture Mr. Keithley Amory and (right) Permanent secretary in the Ministry of Agriculture Dr. Kelvin Daly. The Department of Agriculture developed the idea of a green house in an effort to showcase how small areas could be utilised to increase production and quality

“Generally I am satisfied. I believe the workers at the Department they are satisfied and the public is giving us that confidence that we can realise they are with us and we are truly fulfilling our mandate,” he said.

According to Mr. Hector, burger patties and other items produced at the Abattoir were utilised throughout the island and were available from regular supermarket outlets. The same was for fish and agricultural produce.

However, he said the need for continued consumption of local agricultural produce and greater investment in agriculture was important and it was one of his goals when he assumed responsibility for Agriculture four years ago.

“When I started this journey, the idea was for us to go back into the schools, extend our farmer base, make sure livestock farmers have lands, these are objectives that have been realised. What I would want to say to the public is, the Department of Agriculture, the Ministry of Agriculture cannot do it alone. We need the support of the farmers. 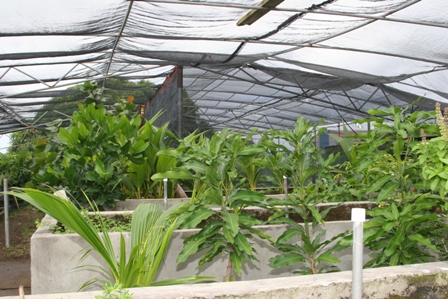 “You would realise that from the Budget, we have increased annually the amount of money that is budgeted for agriculture. We are now maybe four times what it used to be. I want to say to the public that we need their support; we need to know that we are working to please the general public. We cannot have the technology and keep it. We want to know that as we grow, the country is growing and food security is being realised,” he said.

The Minister, also a qualified agriculturist, encouraged the public to accept the fact that food production was the most important factor in their daily lives and they should do whatever little they could to assist 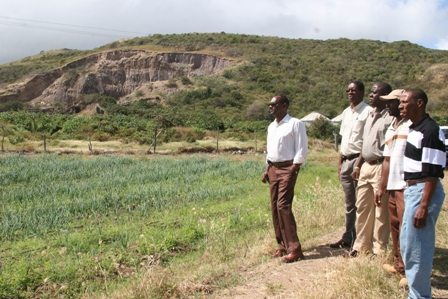 “We are fortunate here in Nevis but we cannot relax. We need to just broaden our efforts and we need to redouble our efforts to make sure we realise the objectives of not only the government but the objectives as a country, as farmers as groups, as schools as associations,” he said. 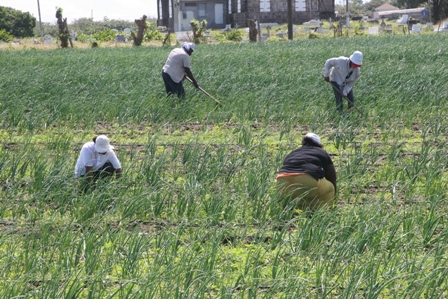 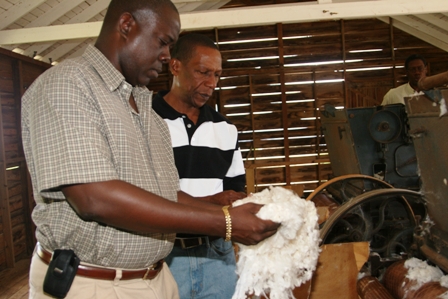