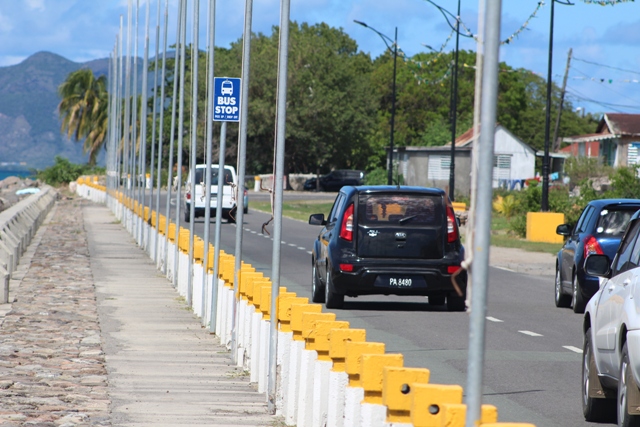 CHARLESTOWN NEVIS (October 29, 2018) — The Traffic Department in the, is seeking the assistance of bus drivers with new traffic stipulations to be implemented on Wednesday, October 31, 2018, and warns against breaking the law.

Sgt. Marva Chiverton, who heads the department, says the signs in and around Charlestown have been erected to mark official drop off and pick up points for bus drivers and those who do not adhere commit an offence under The Vehicles and Road Traffic Act and will be penalised.

“The Traffic Department in Nevis would like to advise the general public that effective October 31, 2018, the bus stop signs that are erected in and on the outskirts of Charlestown will become operational.

“Motor omnibus drivers are to adhere to these signs. Failing to do so, they can be ticketed. The fee for the ticket is $100. Failing to do so, you can be taken before the Magistrate’s Court where the fine will be much more. So I am just asking each and every one of us to adhere to these rules and traffic regulations,” she said, adding that it is an offence to stop anywhere else other than the bus stop.

The senior officer noted that the signs would help to alleviate traffic congestion in Charlestown, to be consistent with those in St. Kitts which have been erected for a long time.